What is special about mechanical keyboards 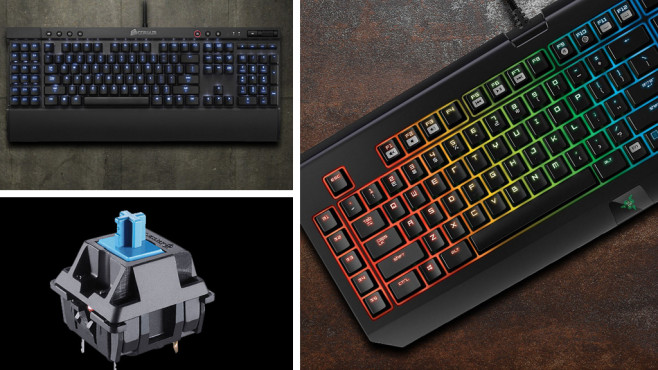 Frequent writers and gamers use mechanical keyboards because they offer a number of advantages.

Not all keyboards are created equal. Equipment, shape, color and, above all, the switch technology used ensure serious differences between the models. So-called mechanical keyboards are very popular with frequent typists and gamblers - for good reason. 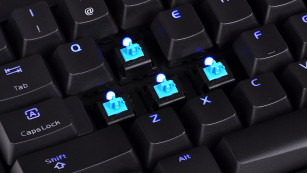 The built-in switches are revealed under the keys of a mechanical keyboard (here Kailh Blue).

If you pick up a cheap keyboard for up to 50 euros in the store, it is most likely one with membrane and rubber dome technology. Each key sits on a small piece of rubber or silicone that triggers an impulse when pressed; when released, the button jumps back to its original position. This process is inexpensive to produce, so corresponding keyboards dominate the market. Mechanical keyboards work differently: In such devices there is a small metal spring under each key. This not only ensures a different and, above all, consistent typing experience, but with around 50 million keystrokes can withstand around ten times more key presses than rubber domes.

These mechanical keyboards are all the rage!

What's up with the switches?

Mechanical keyboards use various switches, most of which come from the German company Cherry. There are Cherry switches "MX Brown", "MX Blue", "MX Black", "MX Red" and "MX Clear" (like "MX Brown", but with a stronger spring), which are all 4 millimeters (mm ) and release it halfway (2 mm). They differ, for example, in the type of resistance when pressing. The following gallery shows further characteristics. The new variant "MX Speed" triggers at 1.2 mm, "MX Silent" comes up with noise dampening. Cherry sometimes produces switches with transparent plastic that let light through. They are used in mechanical keyboards with key lighting. Kailh (Razer Green, Orange, Yellow) and Omron (Logitech Romer-G) are other well-known switch manufacturers. Their switches often offer a key feel similar to the corresponding Cherry switches, but sometimes differ significantly in detail. Example Romer-G from Logitech: These switches offer a particularly large contact surface and are intended to combine the properties of flat rubber domes and mechanical switches.

Switches for mechanical keyboards in detail

What do NKRO and anti-ghosting mean?

A decisive advantage of mechanical keyboards is that several keys can be pressed at the same time without any information being lost. Manufacturers advertise this with "N-Key Rollover": The "N" stands for the number of keystrokes registered at the same time ("Key Rollover"). This is why you can read about “6KRO” on packaging. By the way: The function keys Ctrl, Alt and Shift are not part of the quota and always work. “Ghosting” is an effect that occurs when the user presses several keys that are close together at the same time and it appears that certain keys react slowly or not at all. Normally, the control unit recognizes which key has been pressed by means of short-circuited columns and rows. However, there are key patterns that look identical for the control unit, such as "F", "G", "R", "T" (square pattern). If “F” and “G” are pressed, only “R” or “T” or none of the two keys may still work. “Anti-ghosting”, basically more complex wiring, counteracts this effect.

Tip: You can find out for yourself how many keystrokes and combinations your keyboard recognizes at the same time using the Microsoft tool below! Just click in the graphic and start typing. 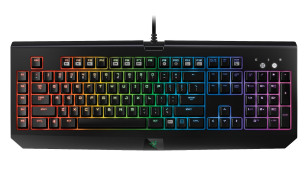 In terms of handling and operation, the Razer BlackWidow Chroma was top in the test.

A sensible gaming keyboard is a must for every gamer! In the current comparison test, a mechanical model won: the Razer BlackWidow Chroma (test score 2.04; from 145 euros). Among other things, thanks to the fine touch and the pleasant typing feel, it secured first place in the list of the best - the editorial team's best buy. The successor, which is also brightly colored, is somewhat more sought after by Idealo users. New to the BlackWidow Chroma V2 is that it is available with all three Razer switches (Green, Orange, Yellow).

»No typos: gaming keyboards put to the test

Be more effective: use shortcuts!

Anyone who works with Windows a lot speeds up working with keyboard shortcuts noticeably. The editors present the most popular abbreviations for Windows and Office in a guide.

The most important keyboard shortcuts for Windows