Can moral absolutism be justified?

Normative ethics as a sub-area of ​​philosophical ethics deals with the question of what can be considered morally correct action, what motivations it is based on and whether there are general principles that can be used as a measure of correct action. Depending on how an action is justified as morally correct, a distinction is made in normative ethics between various moral theories. 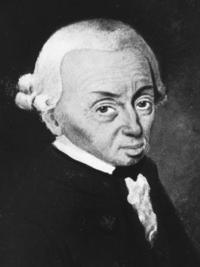 Immanuel Kant (1724–1804) had a decisive influence on the development of deontology.

"Act only according to the maxim by which you can at the same time want it to become a general law." 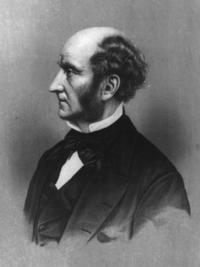 John Stuart Mill (1806–1873) is an important theoretician of utilitarianism.

"According to the principle of great happiness [...] the ultimate purpose [...] is a life that is as free from pain as possible and as rich as possible in pleasure."

Aristotle (384–322 BC) had a great influence on the modern ethic of virtue.

"We call virtues worthy of praise."

There is no easy answer to the question of what can be considered morally right and responsible in a given situation. Philosophers have racked their brains over this for centuries. In the search for an answer, different currents and traditions have developed over time, which have led to different moral theories. The distinction between deontological ethics, consequentialist ethics and virtue ethics has proven to be a common ordering principle of these various moral theories. In our everyday morals, it is usually the case that we do not argue exclusively according to a certain theory; rather, different theories play a role in our actions in different ways.

Deontological types of ethics (from Greek deon for duty) is about the actions themselves, which in themselves can be morally good or bad. The binding yardstick for morally good or bad actions are rules and commandments, by which the agent has to orient himself. An action is considered morally good if and only if the agent decides in favor of this action based on the motive or the attitude of his or her normative obligation. Since, according to deontological ethics, the moral value of an action is measured solely according to this motive, a lie, for example, should always be morally rejected, regardless of its possible positive consequences. In fact, telling a person the untruth offends his moral integrity. However, there are deontological views that, under certain circumstances, would allow a lie. That form, which under no circumstances allows a morally bad act in itself, is called moral absolutism.

The German philosopher Immanuel Kant (1724–1804) is considered the most important and influential exponent of deontology. A well-known deontological principle that goes back to Kant is the so-called categorical imperative. It clearly shows the essence of a deontological ethic. There are different formulations of the categorical imperative. One of these formulations is: "Act only according to the maxim by which you can also want it to become a general law." The categorical imperative here requires all people to check their actions to see whether they are also worth striving for, if every human being would act like this at any time and without exception. This ensures that decisions are not only made in favor of one's own benefit, but that all affected people are taken into account.

Deontological ethics are often accused of being “blind to reality”. As a rule, neither the moral actors, i.e. we humans, nor the moral problems with which we are confronted, can be forced into a strict set of rules of action maxims. Often it is not least the context of a moral decision that determines which judgment a person makes.

Depending on the value set, the term consequentialism encompasses various types of ethics, for example utilitarianism (from lat. utilitas for benefit, advantage), in which one again differentiates between different forms. In hedonistic utilitarianism (from Greek hedone for joy, pleasure, lust, enjoyment) everything that maximizes happiness in the world counts as right action. Jeremy Bentham (1748–1832) and John Stuart Mill (1806–1873) are considered to be important representatives of this direction. In preferential utilitarism, on the other hand, the satisfaction of rational preferences is the yardstick for judging an action and its effects. The fulfillment of preferences is to be maximized here. In this context, preference is understood to mean all of a person's rational and emotional interests. The Australian philosopher Peter Singer (* 1946) is an important exponent of preferential utilitarianism.

A problem of consequentialist ethics is the uncertainty about the outcome of an action at the time of the decision for or against that action. It is not uncommon for decisions made to the best of our knowledge and belief to lead to morally very dubious results. Conversely, malevolence can - albeit rarely - be of benefit to the victim.

While deontology focuses on the action as such, consequentialism on the consequences, in virtue ethical types of ethics the actors are the focus. Virtue ethics does not want to set up commands or prohibitions for good behavior, but emphasizes that correct behavior results from correct attitudes and personal attitudes. These attitudes and attitudes are based on certain inner tendencies. The ability to do something good based on this inner tendency is sometimes referred to as virtue. Common virtues are prudence, justice, bravery or moderation (cf. cardinal virtue). If you follow these and similar virtues, you can promote individual and collective well-being, such as personal happiness or justice among people. The value of an action results from the value of virtue. The aim of virtue ethics is therefore to develop a certain attitude to life and a humanly excellent personality, so that one acts in a morally appropriate manner in appropriate situations.

Since the acting person is at the center of virtue ethics, it is crucial what makes a “good teacher” or a “good mother”, for example, in a particular situation. It is not possible for a virtuous person to determine in advance how to behave properly in a given situation. This has to be decided on a case-by-case basis on the basis of one's own virtue. An important standard of assessment in a specific situation is a virtue of its own, namely that of reason or “practical judgment”, also in Greek phronesis called. Aristotle (384–322 BC) is considered the founder of virtue ethics. It was long forgotten and only saw a revival in the 1960s.

However, it is difficult to generate social liability for moral action from a virtue-ethical attitude. If the virtuous attitude and thus the ethically correct action lies solely at the discretion of the agent, extremely different ways of acting can be justified as morally correct. It is also conceivable that there are people who are “by nature” - virtually innocent - are not very virtuous and therefore cannot act ethically.

In addition to the three moral theories mentioned, there are a number of other theories. One of these theories would be, for example, contractualism, also known as contract theory. This is understood to mean those moral theories that justify the principles of human action - in a kind of thought experiment - through a theoretical “contract” that is concluded between people. For example, a human community can agree on the principle not to kill other people. This principle would then be part of such a theoretical “contract”. Laws and constitutions of countries would be examples of how treaties can be implemented in practice. Social and political institutions can also be established through contracts. A contract can only be valid if it serves the interests, rights and happiness of individuals. The main theorists of contract theory are Thomas Hobbes (1588–1679) and John Locke (1632–1704).

Another moral theory that has recently been developed is discourse ethics. It was developed primarily to resolve conflicts. The contents of the moral norms to be followed in discourse ethics, as well as what contributes to the solution of a conflict, are developed in a so-called practical discourse process. Here, the people involved in the discourse agree on certain rules. It is assumed that people have the ability to see reasons for the validity of the negotiated rules and solutions. The German philosopher Jürgen Habermas (* 1929) is considered to be the founder of this moral theory.