Not every person can see or notice their disability. How many people are affected by more or less severe restrictions caused by a physical or mental handicap is shown by the figures collected by the Federal Statistical Office from 2013. According to this, there were around 7.5 million people in Germany at that time - almost every tenth - reported as severely disabled. However, this figure only includes those people who at the time were in possession of a severely handicapped ID. Since not every disabled person applies for such a document and is only entitled to do so from a degree of disability of 50 percent, the real number of people with disabilities in Germany is probably significantly higher. Also not completely recorded are people who are only restricted for a certain period of time due to an accident or illness.

The high number of people affected makes the integration of these fellow human beings and maintaining their independence a task for society as a whole and encompasses all areas of life. Here, the barrier-free construction makes an important contribution, especially for people with physical limitations or hearing and sea disabilities, but also for seniors with limited mobility. However, depending on the type and degree of disability, these people are dependent on different aids and support.

What is a disability?

Disabilities include all types of restrictions that impair the ability to think, learn, speak, behave or perceive. A legally valid definition for Germany is provided by Section 2, Paragraph 1 of the Ninth Social Code (SGB IX), according to which people are considered disabled if their physical function, mental ability or mental health are more than likely to deviate from the typical state for their age for more than six months and therefore their participation in life in society is impaired. The Ninth Social Code also regulates which benefits those affected are entitled to and from what degree of disability in this case

The types of disabilities can be divided into the following groups:

The causes are as varied as the type and severity of a disability. Some exist from birth, others are only acquired through an accident or illness in the course of life. Especially in old age, many factors come together that limit those affected in several ways. Nobody can therefore be sure when and whether such a fate will hit him. Supportive measures for people with disabilities include appropriate therapies, medical treatments and the care and support of people with disabilities who cannot cope on their own.

Important: A physical, mental or emotional handicap can affect anyone. Many disabilities are only acquired in the course of life through illness, accidents or the aging process. 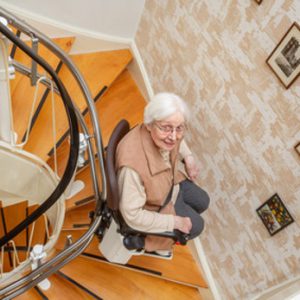 Effects on the design of the environment

The barrier-free design of the environment is aimed primarily at people who are restricted in their mobility and independence due to a physical handicap. This not only affects people with functional disorders of the musculoskeletal system, but also the visually and hearing impaired. Depending on the type of physical or sensory handicap, those affected make different demands on the built environment. For example, stairs and thresholds are insurmountable obstacles for people who are dependent on wheelchairs, while low-contrast signs in small letters are hard to decipher for people with limited vision.

The hearing-impaired are also dependent on special technical equipment in order to orientate themselves in everyday life and to be able to participate in life. Sometimes the requirements of the different user groups collide with each other. A lowered curb must have a certain height and shape for a visually impaired person with a white cane in order to be palpable, but must not be a barrier for wheelchair users.

The structural requirements of people with physical and sensory disabilities can be described as follows: 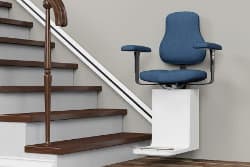