How is the internet connected

How does the internet work? - The Internet - Part 4

In this part of the Internet course, we are faced with very exciting questions. By and large, it's all about the question "How does the internet work?". This can be broken down into two sub-questions:

In principle, the Internet has only one big task: Transporting data from A to B.. It shouldn't matter what types of devices are involved in the communication, where on earth they are, how the end devices are connected to the Internet and what kind of data they are.

To accomplish this task was a one-off Infrastructure created. In addition, a grandiose form of the Data transfer developed. These two components form the basis for many innovations and are responsible for the tremendous success of the Internet.

Of course, I can't show you in the smallest part how the internet works. This would clearly go beyond the scope, because you could fill an entire book with it. But I would like you to get a first impression and an understanding of which components and standards are involved in communication on the Internet and how it is made possible for you to send your data from A to B.

This article is part of the 21st part course "The Internet".

How is the infrastructure of the internet built?

As you learned in the second part of the course, the Internet consists of many individual networks that are connected to form a large network. The internet.

These individual networks can, for example

The individual networks are mainly with the help of Fiber optic cables and Routers connected with each other. The merger takes place at so-called Internet nodes. On these Internet node the data usually come together from several hundred networks. This ensures the exchange of data between the various networks.

The largest German Internet node is located in Frankfurt am Main. There are a total of around 340 nodes worldwide, all of which are also connected to one another. This creates a worldwide network.

To enable this worldwide network, countless fiber optic cables were laid as land and sea cables. Thanks to their enormous transmission capacities, they ensure trouble-free communication between the individual Internet nodes. The last submarine cable between Europe and North America was laid in 2001. It ensures that data traffic between these two continents is secured for the next few years. In 2005, only 3 percent of the fiber that was laid between American and European cities was used. 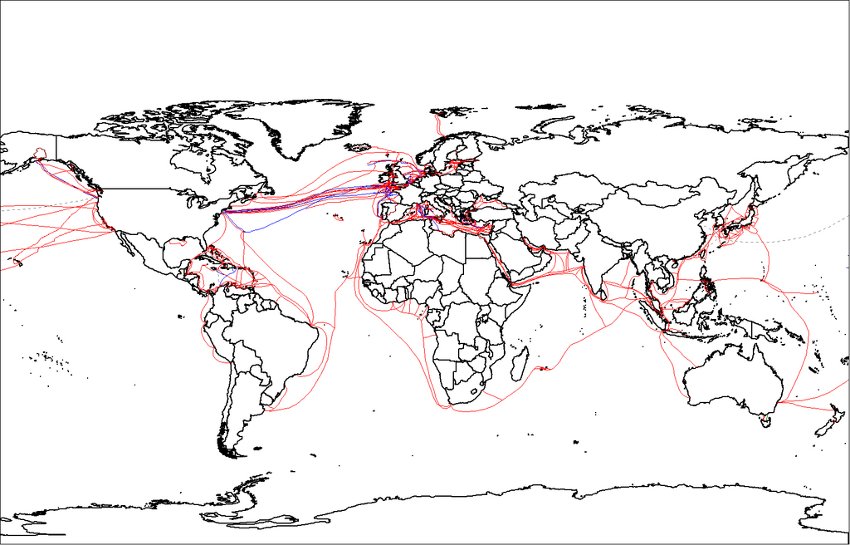 In addition to the laid fiber optic cables, satellites and radio links are also integrated into the infrastructure of the Internet. However, only a small part of the data traffic runs via these connection types.

So you can think of the internet like a reticulated structure to introduce. Because there is not only one way that leads to the goal. Our data can be over multiple ways get to the goal. For example, it is conceivable that if we are transferring data to North America, some of that data will be transported over a fiber optic cable across the Atlantic and another part will be sent over Asia.

Schematically you can imagine the net-like structure as follows: 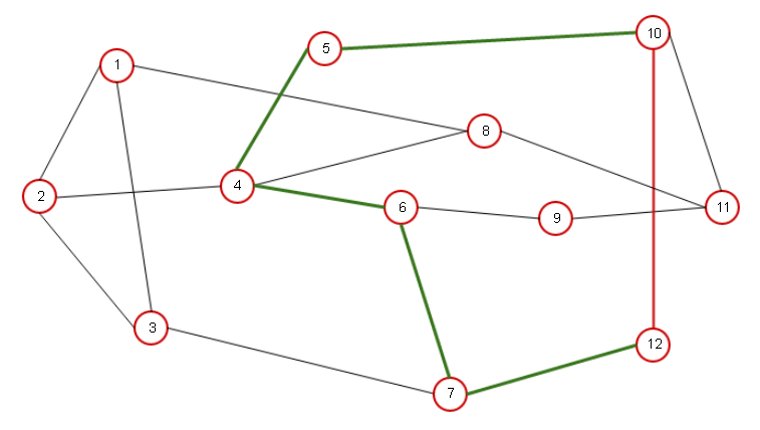 The internet is a meshed network

In the diagram, the circles symbolize individual networks that are connected to the Internet. A PC from network 12 would now like to communicate with another PC from network 10. Unfortunately the connection has failed and cannot be used. Due to the meshed structure of the Internet, communication can take place via a different path. The data also reaches its destination via stations 7 -> 6 -> 4 -> 5 and this is only one possible route that can be used as an alternative route.

This structure of the Internet leads to a high reliability and the failure of a connection usually does not have a serious impact on the entire Internet. The data can always take another path.

The infrastructure of the Internet therefore consists of many networks and a few Internet nodes. The Internet nodes connect the individual networks with one another and the Internet nodes are also connected by fiber optic cables and routers. All in all, we have innumerable physical components that are connected to one another to form a large, widely ramified network. Through this network there are many different ways that lead to the goal of establishing a high level of reliability.

You can now imagine that one important thing is still missing, so that the internet works the way it works. Until now we “only” have the network. There are still no rules or instructions on how the data should find a suitable path to its destination.

How does my data find the right way to its destination?

The infrastructure only lays the foundation for communication. So that the countless end devices with the most varied of operating systems can actually communicate with each other, you have to speak a uniform language. This uniform language is that Internet protocol.

Regardless of whether you visit a website with your PC, watch a video on your smartphone, hold a video conference with your friends on Skype on your television or send an email, all data is stored in Package form sent.

The data transmitted via the Internet protocol are platform independent. There are therefore no restrictions for the connected end devices. One speaks here of an open standard and therefore it does not matter which hardware component, which cable type or which operating system is involved in the communication on the Internet.

With the Internet Protocol, we have a language that can use the heterogeneous infrastructure of the Internet. At the same time, it also takes over the worldwide unique addressing the components connected to the Internet (PC, smartphones, television, etc.). Each device receives a unique IP address for this unique addressing. This is comparable to your postal address and is part of every data package that is sent over the Internet.

I had already written above that the Internet Protocol sends its data in packet form. That means your data is in many small data packets be divided. The so-called IP packets.

These packets can have a maximum size of 65,000 bytes, but in most cases only 1,500 bytes can actually be used. That's not very much, considering that not all of those 1,500 bytes are available for your data. A packet is divided into a header and a user data area. 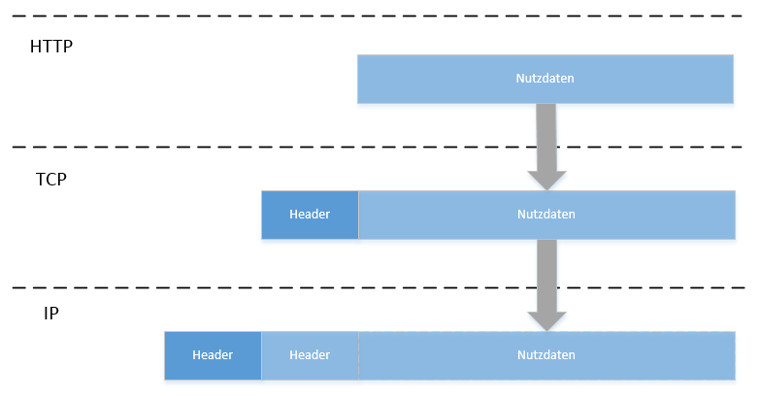 Your data is divided into many small IP packets that contain a unique address and can be sent via the infrastructure of the Internet. So far so good…

However, the packages also have to be conveyed on their way to their destination. The Mediation in the widely ramified Internet routers take over. These only look at the header data of the IP packet. Your user data will therefore remain secret.

Based on the header data and the destination address it contains, the router knows where to send the packet next. Before doing this, however, he decides which is the shortest route to the destination. It goes from router to router and from network to network until the packet arrives at its destination. This procedure is applied to all data packets. It can of course happen that a router finds a cheaper route to the destination and some packets take different routes. But this is not a problem. Thanks to special procedures, it does not matter whether the packets arrive at the sender in the correct order. The packets can be put back into the correct order and reassembled using checksums.

All services you can use on the Internet use the open standard of the Internet Protocol. Together with the heterogeneous and very flexible infrastructure of the Internet, the foundation for open and flexible communication has been laid and the question "How does the internet work?" answered.

How does the internet work? - The abstract

Individual networks are connected to one another via so-called Internet nodes. There are several hundreds of these nodes that are distributed all over the world and are also networked with one another. Networking is mainly made possible by fiber optic cables and routers. In some cases, however, copper cables are also used, for example on the last mile. The Internet therefore consists of innumerable physical components that are linked together to form a widely ramified (meshed) network. Through this heterogeneous network, the data can reach its destination in various ways.

Our tip: If you want to create your own homepage, then I can absolutely recommend the homepage builder “Wix”! Also, if you want to start a blog or create an online store, Wix is ​​your best bet. Here you can find a list of the best homepage builders in comparison. You can even use Wix for free (albeit with limited functions). But that's enough for testing :)