Drawing a straight line, segment, ray - an introduction to geometry

If we have a route want to draw, we must first draw two points on the sheet and then name them with capital letters. In the second step, we then connect the two points. Watch out! It must not be drawn beyond the points!

Ray or half line

A beam will also be Half straight called. This is because it is infinite on one side, like a straight line. The other side is limited by a point.

First we draw a point. Then we put the ruler on the point and draw a line.

Why do we need the distinction between straight line, segment and ray? Let's look at the application of lines, segments, and rays:

Use of straight lines, lines and rays

Linear functions are for example Straight lines. They are infinitely long and therefore have no start or end point. They are either defined by two points or by the slope and the y-axis intercept.

With stretch we work a lot in the field of geometry. All lengths that we can determine are distances. For example, if we are to determine the area of ​​a rectangle, we have given two lines. 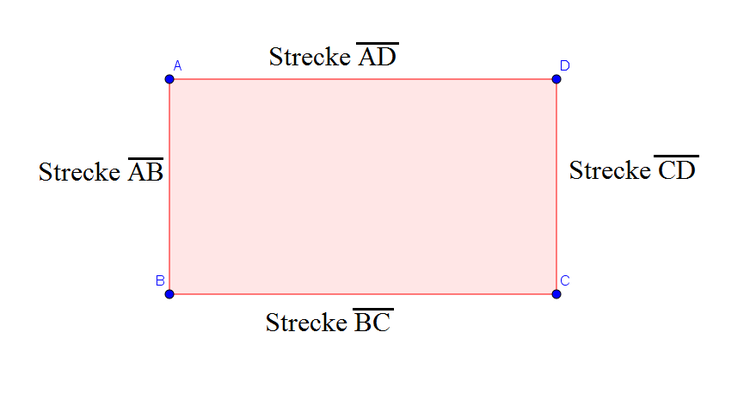 We know a ray from angles, for example. The half-line is limited on one side by the vertex, the other side has no end point.

You can now share the knowledge you have learned with the Exercises testing. Have lots of fun with it!