Is your brain male or female

How masculine or feminine is your brain? - Do the finger test!

To be clear right away: The question here is not whether you are a man or a woman. But how feminine or masculine your brain is. Because just because you're a woman doesn't mean you have to have a female brain - and vice versa. Are you confused now? - Then read on! 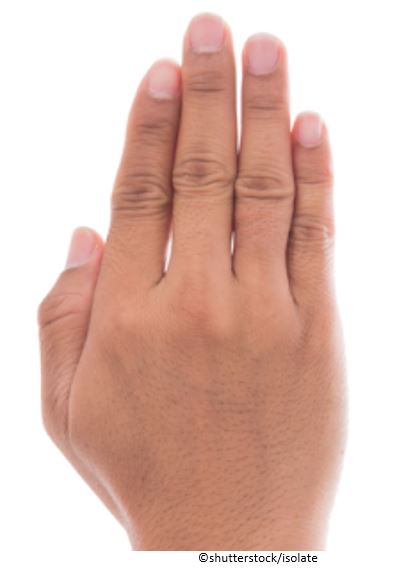 Let's do a little experiment first. This test is used by talent scouts in competitive sports - more on that in a moment. First of all, just compare your ring finger with your index finger. Which of the two fingers is longer? Or are they about the same length?

You have to know what happens in the womb in the first few weeks of pregnancy: In the first 8 weeks, a female fetus always develops - even if the baby has a Y chromosome! In this way, a female structured brain is always created. That means: There are a particularly large number of nerve connections (synapses) in the brain centers that are responsible for “typically female” competencies: communication, the perception and memory of feelings, empathy (perception of feelings in others) as well as building and maintaining relationships. In a female brain, the right and left hemispheres are also more closely connected. If it is now a female baby (i.e. without the Y chromosome), these brain structures simply continue to develop undisturbed until birth. 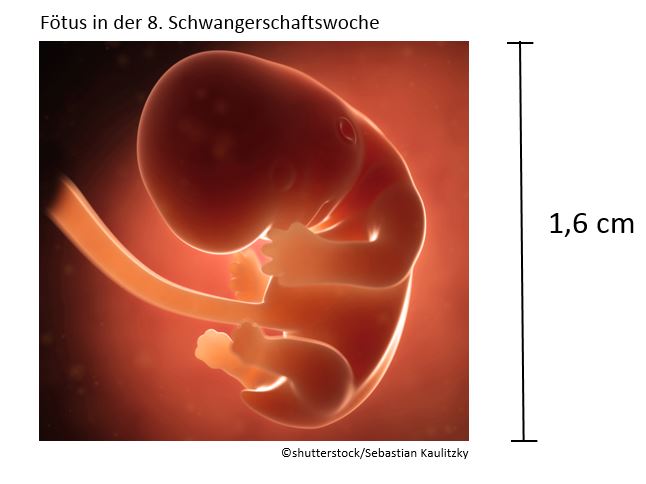 A male baby is different: its Y chromosome is responsible for the development of male sexual organs, and after 8 weeks of pregnancy they begin to release testosterone. That changes a lot. Because under the influence of testosterone, a male-structured brain develops immediately: For this purpose, existing synapses in the centers for language and relationships are dismantled (!). Instead, the centers that are responsible for “typically male” competencies are growing stronger: the urge to move, thinking in terms of structures and systems, spatial perception, competitive, hierarchical and territorial thinking. The connection between the right and left hemispheres of the brain is less strongly developed than in the female-structured brain.

An exciting phenomenon: first of all, nature - as a “basic attitude” so to speak - creates a female human being. Later, under the influence of testosterone, these structures are partially destroyed again. Nature could also simply build on the already existing “female” brain structures. But it doesn't!

By the way: In very few exceptional cases (e.g. with certain hereditary diseases) the baby's testicles in the womb do not release enough testosterone to initiate the turnaround described above. In these cases, a female baby develops despite the Y chromosome!

The British brain researcher Simon Baron-Cohen differentiates between “E-type” and “S-type” brains. The "E-Type" has a strong capacity for empathy; on the other hand, the “S type” thinks particularly well in terms of structures and systems. Many women have an E-type brain and many men have an S-type brain. But these are only probabilities - it can also be the other way around! And of course there are S and E brains with different degrees of development, depending on how high the hormone concentration actually was in the womb. Simon Baron-Cohen, for example, believes that autism - which is much more common in men than women - is a particularly extreme form of the S-type. 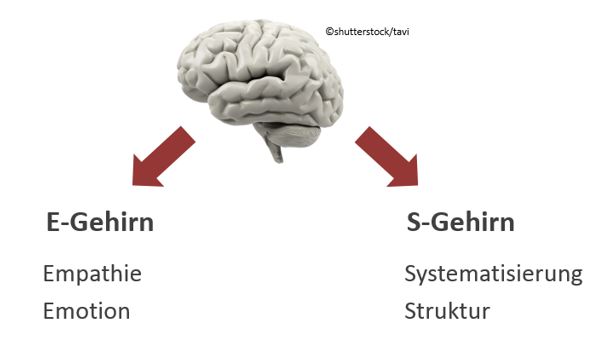 In his research, Simon Baron-Cohen found clear behavioral differences even in small children, which suggest E- or S-type brain structures:

Most little girls look more and more at faces and anything that somehow looks like a face shortly after they are born. You make eye contact very early on. Most young boys, on the other hand, are fascinated by movement, geometric shapes, and the corners and edges of objects (e.g. a mobile, a doorknob or a toy airplane).

This different behavior can be observed early after birth, and it is very clear after 6 months at the latest.

Back to our finger test: As I said, this test is used in competitive sports, e.g. B. to discover football talents at an early stage. A football player whose ring finger is significantly longer than his index finger is likely to be very successful in the game because he has a very masculine structured brain: good spatial vision, urge to move, willingness to take risks and the fun of physical confrontation that is needed for the game.

This means for you: If your ring finger is also longer than your index finger, you have a more masculine-structured brain and have some of the above-mentioned competencies, even if you don't play football. Conversely, if your index finger is longer than your ring finger, you have a more feminine structured brain, you are probably gifted with communication and empathy and you don’t care about football ...

And if you have both fingers roughly the same length, you have both male and female brain structures. You may be good at communication while also having math and analytical skills. Unfortunately, according to Simon Baron-Cohen, this is not just a blessing: In his opinion, clearly structured S or E types have it easier in life than the “mixed types”. Having both worlds in one head is enriching, but also exhausting. Because the “male” and “female” structures compete with each other and can block each other.

Last but not least: If you are wondering how male brain structures can form in a woman in the womb - there is testosterone in the female body too! It is needed for many important vital functions and in women it is mainly produced in the adrenal glands. Men may have ten times as much testosterone as women, but women also have enough of it ...

Now it's your turn:
What did your finger test show? Does the result match how you perceive yourself? How would you classify yourself: E-Type, S-Type or in between? And how can you use this knowledge for yourself - in contact with women as with men?