How practical is the FIRE movement

They seek happiness in frugality and save so that they no longer have to work. The movement originated in the USA and is spreading online. 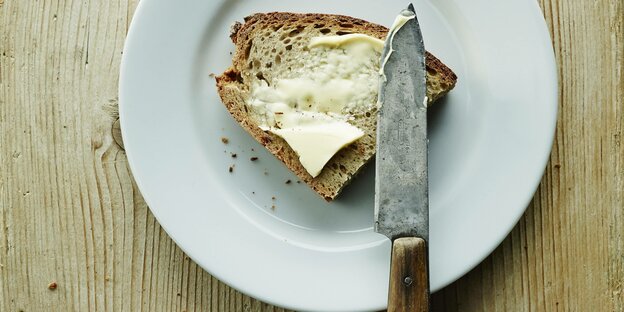 BERLINtaz | When the man in the blue T-shirt talks about Spartricks, he's hard to stop. He looks at the slip of paper he has prepared and says: He, his wife and two children drink tap water and tea and borrow books from the library. You buy used, vacation in youth hostels, his cell phone does not use 10 euros a year. “We think we won't do without,” says the 31-year-old.

He is not poor. The IT doctoral student and his wife come to 3,500 euros net per month, soon more. There are 124,000 euros in their accounts, two thirds in shares. You have made a conscious decision to live an extremely frugal lifestyle. Your goal is to be financially secure in around 15 years and no longer have to work. Then he would be in his 40s. It sounds crazy, but it worked for some. "Went to school for 13 years, but nobody tells you that," says the Berliner, who wants to remain anonymous because of the disclosure of his finances.

He is part of a movement that is spreading to Germany via US blogs. It is a radical idea that turns the prevailing concept of working life up to 67, as decided for those born after 1964, on its head. The price for this is to massively restrict one's own consumer behavior, to invest the savings consistently and, surrounded by the luxury of others, to live for years as a Spartan deviant.

In the USA, the trend operates under the terms “Fire” (short for “Financial independence, retire early”) and “Mustachianism” (after the thought leader, the blogger “Mr. Money Mustache”). It's about early retirement, but no German blogger would ever write a word that sounded like a walker in large letters on his Wordpress page. In Germany, the catchphrase “frugalism” is just becoming established; "Frugal" means "sparse". The largest local fire blog is Frugalisten.de. The falling confidence in the mindless pension policy accelerates the spread of the idea.

It is a philosophy of life that seeks happiness in frugality, abstinence from consumption, resource conservation, do-it-yourself, health awareness, minimalism and liberation from economic compulsion to work. Your goal is not the hammock or the full account per se, but the freedom to do what you want. Frugalists want to escape the growing pressure in career jobs and make independent decisions about their lifetime. As privateers, most of them then continue to work, independently, part-time or from time to time - on their own terms.

But how is it theoretically possible to retire at 30, 40 or 50 instead of just under 62 as the German average? Put simply, the Fire followers obey one sentence: Live below your financial means and invest the difference between income and expenses. The difference is the savings rate. The income of the doctoral student's family of 3,500 euros is offset by expenses of 2,300 euros. So your savings rate is 34 percent (1,200 euros). Many frugalists put more aside, 40 to 80 percent of their salary. The higher the salary, the easier it is to have a high savings rate. The higher the savings rate, the faster the early retirement. And the lower the starting age, the better the chances.

Your goal is not the hammock or the full account per se, but the freedom to do what you want

They invest most of the savings in passive equity funds (ETFs), mostly on the MSCI World index of industrialized countries. From 1970 until the end of 2017 he reached loud Financial tip an average of 7 percent return per year. A counterpart with a focus on ethical investment is the MSCI World Socially Responsible. They reinvest dividends for compound interest, always buying and holding (“buy and hold”).

A rough rule of thumb will help you plan your passive income: the 4 percent rule. They assume that up to 4 percent of the investment can be paid out annually from the start of retirement without running out. The concept is based on two studies from the nineties for mixed equity-bond portfolios for 30 pension years and has been adapted for longer periods since then. Unpredictability remains, such as future returns. The frugalists are relaxed about it: you can earn extra money.

The 4 percent rule has another benefit. Conversely, they use it to calculate what wealth they are aiming for in retirement. Your calculation: Anyone who owns 25 times the annual expenditure can pay off 4 percent of this starting sum annually. For the doctoral student this means: With monthly costs of 2,300 euros, the family has to accumulate 690,000 euros, 25 times their annual budget. According to the theory, it could then take up to 4 percent a year, 27,600 euros, plus the inflation rate in the following year.

"Become part of the sect"

Peter Adeney made this type of calculation popular. He is a pioneer of the movement and better known by his blogger alias “Mr. Money Mustache ”. The magazine The New Yorker declared the Canadian living in the USA to be a “frugal guru” and a “human optimization machine”. He wrote down his short working life for his website: At 30 he had done enough to leave work as a software technician behind - without inheriting or winning the lottery. He made his way there so provocatively open that he won fanatical followers. Adeney calls them "mustachians" and advertises: "Become part of the sect".

He has now been retired for 13 years. He hardly ever gives interviews, and a taz request also went unanswered. According to his own statements, his blog brings him hundreds of thousands of dollars a year, and US stocks have risen sharply since 2009. He described himself, his wife and his son as a "multimillionaire family". Still, he says they leave it at the family budget of around $ 25,000 a year. His mantra: Desire for luxury is a weakness that stands in the way of happiness.

Its second mission is environmental protection and is closely related to the first. For those who oppose cars, spending money means harming nature. The Berlin doctoral student also emphasizes the ecological-social element of frugalism and praises shareholding as the participation of citizens in companies: "Somebody must own companies."

Not everyone is enthusiastic about Fire. One objection is that the principle only works with a high salary. Most frugalists work in the IT sector, earn good money, are men. "Anyone with a middle income can do it," says the doctoral student. Fire computers are circulating on the net asking when and with what wages retirement is possible.

Financial media group Bloomberg warns that frugalists could "end up as disappointed as savers who were able to retire at the height of the dot-com bubble - until it burst". Blogger Holger Grethe complains that many people lack the desire to work. "What kind of image of work do you have to have that you are looking for an exit before you have even made money for a few years?"

The frugalists were particularly disturbed by the criticism of a man whose investment method they often refer to. Book author Gerd Kommer railed on his asset management blog: “Deprivation and greed are pimped up to become 'independence'; the distant future is valued as more important than the present; and work as an employee is portrayed as a prison from which one has to escape. ”He warns that the circle of friends can shrink with such a way of life.

The Berlin doctoral student was “totally excited”. "If saving means postponing joy until later, you are doing something wrong." He wants to continue living frugally even if everything works out and he has taken care of things in 15 years. Maybe he'll go on vacation for himself or more often. Above all, he wants one thing: "I hope to be incredibly relaxed."