China will get smaller 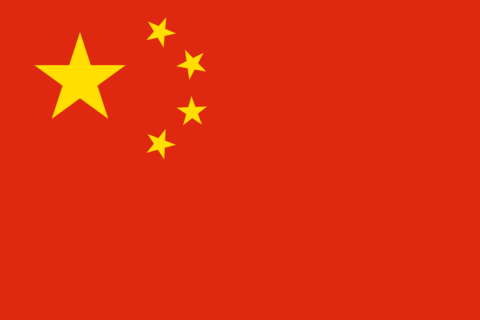 Most populous country in the world

China is located in the east of Asia and borders 14 countries. It is the fourth largest country in the world and has the most inhabitants. Around a fifth of the world's population lives in China. In the west of the country lies the Himalayas, the highest mountains on earth. The landscape in the east is characterized by flat plains and borders the sea. Most of the Chinese live in the east of the great country.

The capital of China is Beijing (also called Beijing). Over 20 million people live in the metropolitan area of ​​the capital. The People's Republic is not a democracy. In the one-party state there is no parliamentary opposition and no free elections. Public freedom of expression, religion and freedom of the press are severely restricted. The communist party dictates which policy is made. and how people should behave. Human rights organizations and governments around the world are therefore criticizing China for violating human rights.

The economy is growing

China has developed at an enormous pace in recent years. The economy is booming: there is construction, production and very successful economic relations with many countries around the world - including Germany. Nevertheless, there is a growing gap between rich and poor. Because the rural population hardly participates in the rapid economic growth. China's economy must increasingly take environmental protection into account.

Paper, ice and a long wall

The Chinese civilization and culture are very old. This is how paper was invented in China more than 2,000 years ago. Ice cream and noodles were also first made in China. The largest structure on earth, the Great Wall of China, is over 2,500 years old. It was built as a fortification against peoples from the north and is more than 8,000 kilometers long.

In China, rice is mostly eaten - with chopsticks and not with a knife and fork. In order for this to work better, ingredients in the food are cut extra small. If you also want to eat with chopsticks, you will have to be patient at the beginning. It's not that easy.
If you open a Chinese newspaper, you will find many small works of art. A word does not consist of letters, but of characters. Chinese students learn about 2,500 characters in class. In contrast, the 26 letters in the German alphabet are child's play!