How is the emperor of Japan elected

On May 1, Naruhito was promoted to Tenno after his father Akihito abdicated in an unusual step. Now, around six months later, a series of succession rituals followed, which are part of the enthronement. First the monarch sought out the holy shrines of his palace: "Kashikodokoro", "Koreiden" and "Shinden". At this religious ceremony, the monarch informed the deities that he would announce his reign that day.

In the afternoon (local time), the 59-year-old then performed the ceremony for his accession to the throne in the presence of around 2000 dignitaries from all over the world. Federal President Frank-Walter Steinmeier and the English heir to the throne Prince Charles were also present at the 30-minute festive act called "Sokuirei Seiden no gi". 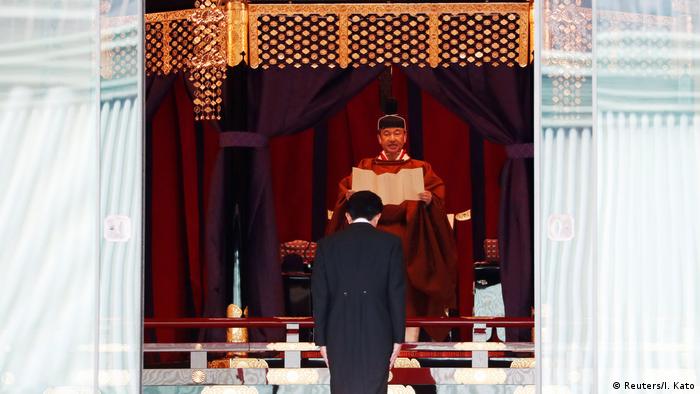 "I sincerely hope that Japan will continue to develop and contribute to the friendship and peace of the international community," Naruhito announced from his 6.5-meter-high covered throne. In accordance with the constitution, he will fulfill his responsibility as a symbol of the state and the unity of the Japanese people.

But the succession to the throne is not yet officially concluded. An originally planned parade of the imperial couple in an open car through the capital Tokyo was postponed to November 10 a few days ago out of consideration for the victims of a typhoon catastrophe. And before the parade, there will be a final religious ceremony at which Naruhito thanks his sun goddess for the new rice and offers her rice and sake. After that, Naruhito is finally accepted into the ranks of emperors as number 126.