What would be the disadvantage of decentralization

Trends are always very popular. They help decision-makers to be more confident in their decisions. And they help consultants to create consensus and yes, they make small talk outside of the weather at all kinds of aperitifs. There are different trends. Those that are obvious (“digital is becoming more and more important”), those that are mainly created for advertising reasons (“10 trends that will help your business break through in 2016”) and there are the actual drivers.

I think one of the biggest and most important consequences of digitization is the possibility of decentralizing technology, society and the economy. Sounds abstract I know.

The main driver of centralization is the pooling of strengths. When 10 people get together to do one thing, they can achieve more than when each person fights alone. This is how we have been organizing, as mentioned, for centuries and have created these huge structures in politics and economics, which bundle strengths and thus power.

The more people get together, however, a whole range of negative effects arise. For example, there is an enormous amount of coordination required to use the advantages of bundling. This effort can sometimes exceed the positive effects of centralization. A good example of such systems are very centrally organized states. The bureaucracy is gigantic, not because it is primarily liked that way, but because there was no other way with the existing resources. Anyone who has ever had a business in France knows what I'm talking about. 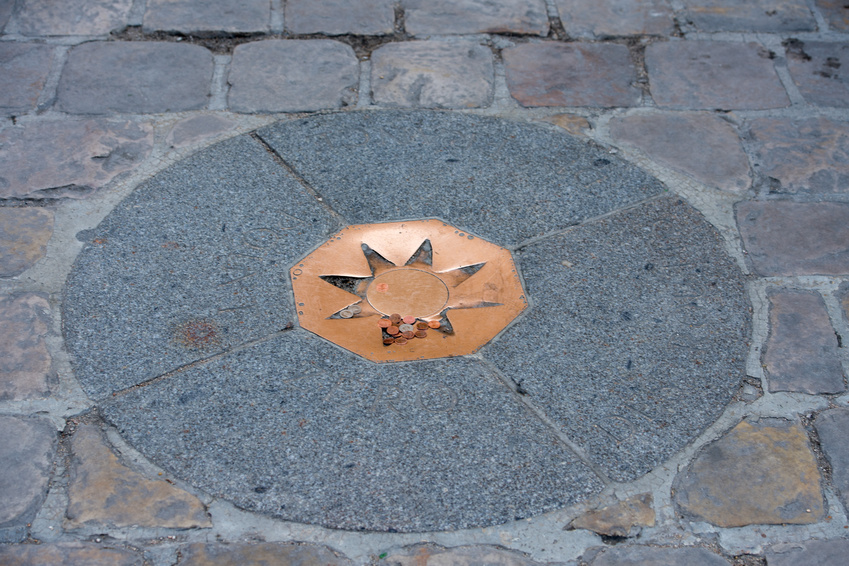 Another major disadvantage is the vulnerability of such a centralized system. In comparatively few places, all the threads for coordination come together. If these areas fall, the entire system is suddenly damaged or in existential danger. A good example of such a system is the power supply or the financial system.

Centralistic systems also have disadvantages culturally. Think of large corporations, which have to be managed with an ultra-tight hierarchy and in the process mostly create a culture that is no longer useful to the company. You know the examples from your own experience.

We also see the same effects politically. E.g. in the party economy. Originally intended to coordinate interests within democracy, they have meanwhile become veritable «democracy inhibitors». Instead of promoting the democratically organized consensus, they harm the country through their undifferentiated fighting culture. The question is no longer how we can improve the situation in a country. Because the hustle and bustle of the parties is increasingly focused on the conflict between the parties. A war at the front instead of intensive solution workshops, if you will.

There was no other way.

This is where the new technologies, including, of course, digital to a large extent, come in and will fundamentally change the rules of the game over the next few years.

Because through the use of technology it will increasingly be possible to use the advantages of centralization and bundling without having to face the disadvantages.

And in certain areas, the bundling of strengths is only possible through the use of technologies to this extent.

I think a good example of this is Facebook. They may think what they want. However, it is indisputable that Facebook promotes and enables the exchange of ideas between people like nothing else in the world. Which thoughts you consider relevant, beneficial or dangerous or not is secondary, subjective and therefore up to you.

Seen objectively, every thought is equally important: the funny cat video, a serious value discourse, an outpouring of an AfD protagonist or what I know. The key is that people communicate with one another. It creates a feeling and awareness of community, please do not confuse it with unity. Globally and historically, this is an enormous advantage that we are currently building. Global, of course.

I can imagine that you will find the example with Facebook to be aloof and theoretical. Fair enough.

So let's look at something more specific. For example the power supply. The centrally organized power supply has many disadvantages. For example, a high allocation effort, a high delivery loss and a relatively high security risk. Such a construct now meets 3 “new” technologies with which the power supply can be completely reorganized.

These are greatly improved battery technology, more powerful and much cheaper and new types of photovoltaic elements and smart grids. This means that a decentralized power supply can be implemented extremely cost-effectively over a long period of time. Quite simply by equipping every house with photovoltaics, the batteries temporarily storing this energy and making it available to the grid.

You have to imagine it like a huge sponge that is fed, consumed and managed by an intelligent network of billions of energy producers and consumers. This is a system that works much like a distributed data storage system. The decentralized storage and generation of energy is the key to a highly efficient energy system that will deliver energy at zero cost over the long term.

In relation to the financial system, decentralization means splitting national currencies into private currencies. The reason why the various mediums of exchange were consolidated into one currency each is that a multi-currency system could not be traded with the technology of the time. The expenditures that had to be carried out to e.g. For example to negotiate the different exchange rates.

Since money also has an information purpose to a large extent, namely the indication of comparable prices, the introduction of national currencies was obvious. As a result, money also became an instrument to enforce national and / or economic interests. However, the system is highly fragile as we see in different countries.

On the one hand, this manifests itself in the fact that entire countries can fundamentally lose out in these monetary policy disputes. On the other hand, the concentration of the centralized monetary system on only a few players makes these players "systemically relevant".

In a somewhat simplified way, this means: If a link in the chain goes down, it pulls the whole chain down. If the monetary system is decentralized, it could look like this so that every company and every private person could issue its own «currency». A piece of money is in itself nothing more than a bond that can be dipped.

The value of this piece of money is based on the creditor trusting that whoever issues the bond will be able to service the debt. The higher the trust, the more valuable the bond is. If there were thousands of such private currencies, a loss of trust in individual players would be cushioned by the entire system.

Every single link in the chain can go under without tearing the entire system with it. The technology that enables this is called blockchain. Blockchain-based technology enables these virtual currencies and can completely turn the financial system as we know it today.

In my opinion, there is a completely different reason why this will actually happen in the long term: private currencies through blockchain technology will simply lower transaction costs to such an extent that all previous methods seem nonsensical. The value indication function would simply be taken over by an index in such a model. We could use it to price goods and services. I don't know of a fairer and more stable method.

The same effect also applies to political processes. If we create the infrastructure with which voters can give their opinion on more and more detailed questions, in Switzerland this is called voting, democracy will be more direct, faster, more transparent and less susceptible to external control and abuse. In this context, parties are becoming increasingly obsolete. I have already written about it in detail here.

What does that mean for your business?

I believe there are opportunities in every industry to identify such decentralization trends and use them for yourself. Something that almost every company can do is to "decentralize" itself by converting the company organization to a self-managed model. Instead of organizing the company centrally, i.e. top-down, small teams should be able to make their own decisions and organize themselves within the guidelines that are binding for the entire company. I have already written about it in detail here. And: yes, it also works with more than 250 employees.

Thinking away from the bookbone-of-the-world

With regard to new business models, recognizing them takes a little more. I often experience that companies find it difficult to break away from the idea that they are the center of the business model. Rather, decentralized ecosystems and models are about assuming a role that promotes the ecosystem at a certain point.

It may be a little easier to analyze which centralized models can be solved decentrally with new technology and to offer appropriate tools in this area. Many startups are going in exactly this direction. Without having a specific goal in mind.

I think the next few years will show that the new technology will enable more decentralized solutions. Decentralization also means making full use of network effects. And ultimately, all decentralization is based on this.