How did South Africa overcome apartheid

"Never again should one group oppress the other in this country. Let freedom rule!" With this appeal, Nelson Mandela took office on May 10, 1994 as the first black President of South Africa. A big moment for the country: The Cape is getting a new, modern constitution, apartheid is finally over.

Apartheid was born in 1948, almost three hundred years after the colonial conquest of what is now South Africa by the Dutchman Jan van Riebeek and the United East India Company. The architect of apartheid is the Dutch sociologist and politician Hendrik Frensch Verwoerd, who, inspired by the National Socialist ideas of Germany in the 1930s, devised what is perhaps the most obscene form of colonialism: He harmlessly defines apartheid as a "separate development". 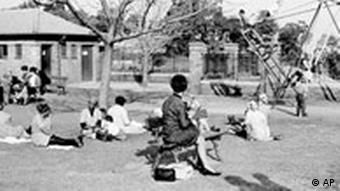 After the National Party's election victory in 1948, Verwoerd was also able to put his theories into practice: As "Minister for Native Affairs" he created the homelands, apparently independent settlement areas for blacks, which were nothing more than reservations - only that no animals lived there, but people. His Bantustan policy amounts in fact to the spatial separation of blacks and whites.

From then on, the race order of the Boers determined all of South African life. Strict separation is required in public places, "mixed marriages" are prohibited and the "Group Areas Act" of 1950 seals the separation of residential areas. Education, training and the workplace are later based on belonging to the race defined by the Boers, and the idea of ​​"ethnic design" emerges. Outside of their reservations, blacks are required to carry a passport with them.

Protest quickly formed: the African National Congress (ANC), which was founded as a resistance movement in 1912, was growing in popularity, and in 1942 a young law student named Nelson Mandela joined it. Demonstrations, boycotts, strikes and the burning of passports in public became an expression of the protest. 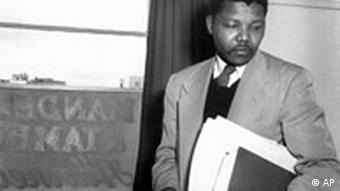 Nelson Mandela joined the ANC in 1942

This reached its preliminary climax on March 21, 1960 in Sharpeville, south of Johannesburg, when up to 20,000 black people without passports moved to a police station to be imprisoned. The demonstration ends in a massacre in which the police shot 69 black people, mostly from behind, and injured another 180.

The ANC is banned and Mandela finally accepts the necessity of the violent struggle against apartheid - although he is actually a representative of the renunciation of violence: He goes underground and becomes the leader of the armed wing of the ANC "Umkhonto we Sizwe", which in Zulu means something like "Spear of the Nation" means. 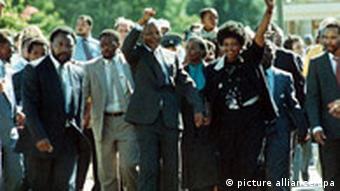 In 1964, Nelson Mandela's leadership was arrested and sentenced to life imprisonment. Despite or perhaps because of the imprisonment of the leaders of the resistance, the pressure on the apartheid regime is growing. After the 1976 Soweto massacre, the photo of the dying schoolboy Hector Peterson went around the world. But the apartheid regime is not giving up, the laws of racial segregation are being tightened further.

In 1986, President Pieter Willem Botha had to declare a state of national emergency. It lasted four bloody years, during which the army was also used in the townships. Botha relies on "total onslaught", on "merciless attack".

On the way to the rainbow nation

As a result of apartheid, South Africa is increasingly becoming an outsider of the international community. Trade and financial sanctions hit the nationalist government hard at the end of the 1980s. Internal and external pressure lead Frederik Willem De Klerk's government to start negotiations with the ANC: In a parliamentary speech in the spring of 1990, President De Klerk announced far-reaching reforms - and the end of the banishment of all activists. The President crosses the Rubicon - democracy becomes tangible. 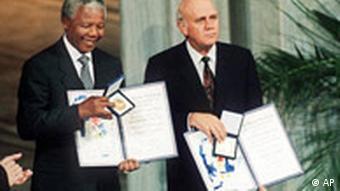 Nobel Prize for a new beginning in South Africa

After 27 years in prison, Nelson Mandela was finally released on February 11, 1990 at the age of 74. He survives the time because he has not doubted himself or his mission for a second. For this he received the Nobel Peace Prize in 1993 together with De Klerk. A year later, in 1994, the country's first free elections take place and Mandela becomes South Africa's first black president. He coined the term "rainbow nation" as a symbol for the diversity of South African society: Today the rainbow nation has overcome apartheid. But South Africa's reconciliation with itself is still ongoing.