Are the contactless cards really safe?

An initiative by the White Ring has been taken up in a wide variety of media. In this context, it is claimed that contactless bank cards can be read out from a distance of 3 meters using an NFC smartphone using an app. Is that true and are there new dangers and risks with the new contactless cards from AMEX, Mastercard, VISA and the girocard of the Deutsche Kreditwirtschaft?

First of all, NFC is an induction-based wireless technology. The smartphone as the initiator creates an electromagnetic field for this purpose. As a target, the card itself does not actively transmit, but changes the amplitude of the field. The initiator reads these amplitude changes and thus receives its information from the target. The frequency of this electromagnetic field is 13.56 MHz, the specified range of such a field is 10 cm. Most readers fall well below this value. With a card terminal at the cash register, it is less than 4 cm. This can be tried out by slowly approaching the card during a contactless payment process until it beeps. A smartphone, on the other hand, usually does not create more than 2 cm.

Or to put it another way: Anyone who manages to generate such a field with a smartphone that extends 3 meters is the next candidate for the Nobel Prize in Physics. "

Everyone can try this out for themselves. The app required for this is called a credit card reader and can be downloaded from Google Play. Anyone who installs the app will find that it is possible to hold a card directly to the smartphone and then read out data that is already printed out on the card without contact. But as soon as the card is in your wallet, it becomes much more difficult. The metal of the coins located there or another contactless card, such as the new identity card, make communication with a smartphone almost impossible, even if you put the smartphone directly on your wallet.

So it should be much easier to steal the card, but then you no longer have to read the card contactlessly! "

Of course, the "better" protection is to wrap the card in aluminum foil beforehand. It would be even safer to leave the card at home right away. Then it is also safe from pickpockets (irony off!).

The myth persists that it would be possible to make undetected debits. What is it about In order to debit something from a contactless card, you need a certified payment terminal with a connection to a payment service provider. With that one is known and no longer in anonymity. All transactions are traceable, fraudulent attempts are returned immediately. The effort from the fraudster's point of view is also out of proportion to the potential return!

What happens if the card is lost or stolen?

Here the banks say they are taking the risk. With the restriction, of course, that the customer does not act with gross negligence. But even then the risk is capped.

With the PSD2, the banks are obliged to ask for a PIN at certain intervals, even for small amounts. " 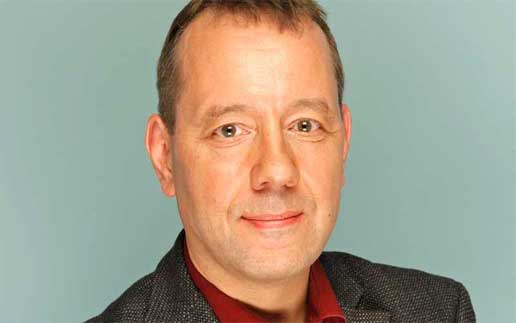 Rudolf Linsenbarth deals with mobile payment, NFC, customer loyalty and digital identity. He has been working in the banking, consulting, IT and retail sectors for over 15 years. Linsenbarth is a prominent blogger on the financial scene and comments on Twitter at @holimuk the current developments. Rudolf Linsenbarth writes all articles in his own name.
The threshold values ​​are accumulated after 5 transactions or when reaching € 150, depending on which threshold is reached first. In addition, it is not permitted to authorize a single transaction over € 50 without a PIN.

Not every topic can be explained in Twitter length. Unfortunately, even with over 99% of bank employees, the knowledge in this area is below what this article conveys.

You can find this article on the Internet on the website:
https://itfm.link/63303