Is used trick in the movies

What is an animation? 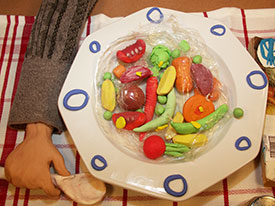 A cartoon or animation - these two terms are used synonymously - is understood to be a sequence of individual images that, seen together (really in the sense of 'seeing'), give the impression of movement.

This effect is made possible by human sensory perception. The retina of the eye captures the impression of an image for a fraction of a second. If a second image quickly follows, the eye or the brain is not able to separate the images from one another. The "sluggishness of the eye" means that a rapid sequence of slightly changed individual images is perceived as continuous movement. If you think of the flip book, this physiological fact becomes clear: Rigid individual images, changed minimally from image to image, merge into one movement. 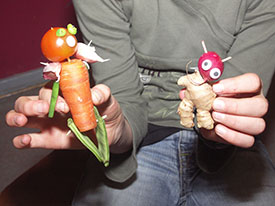 That is exactly what is fascinating about animation: it can defy all laws of gravity, logic and nature. It is only set in motion by the ideas and the imagination of the drawings or objects that are not capable of any movement of their own in real life. 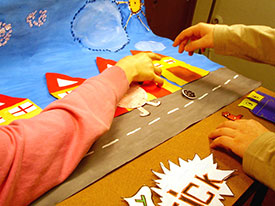 In the "stop-motion process" a photo is taken, after which the figures are moved or changed minimally with the camera switched off and a new picture is then taken. With the laying trick (flat figure film), cut-out pictures from cardboard, paper or fabric are moved picture by picture on a horizontal surface. Three-dimensional, but very flat objects can also be used - matches, erasers and paper clips can also tell exciting stories. 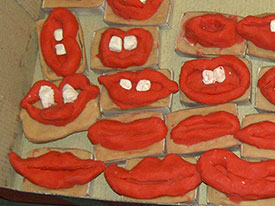 But you can also build a backdrop beforehand and film it from the front. Instead of two-dimensional drawings and flat figures, you can animate three-dimensional objects. Models, toys such as dolls and cars, Lego, everyday objects, kneading figures or vegetables are suitable, which of course should then be cooked into a delicious meal.

On the children's website of the Federal Agency for Civic Education “Hanisauland”, young animators can find all the information they need on the subject of animated films and even a Trixomat with which you can make your own figures or photos work and make an animated film.

Before you film, you should come up with a script and think about it:

An app for stop-motion technology

With the “Stop Motion Studio” app (for iPhone, iPad and Android mobile phone or tablet) you can easily make a cartoon yourself from many individual images. You can download the app from the App Store on your smartphone (or that of your parents).

Theo's tip: There is a free (blue) version that is absolutely sufficient. The paid (pink) Pro version has additional specials and effects.

»Instructions on how the app works

»Ideas on how to build your own animation studio at home

»Videos and instructions for clay films

And what about the score? Watch out when it comes to copyright! You are not allowed to use music by artists for your film just like that. In this PDF you will find helpful information on copyright and film music - including free (GEMA-free) music for your film!