The Hollywood film "All Is Lost" showed how it could work when a sailing ship rams a shipping container on the high seas. In it, Robert Redford plays an old man who gets into distress after a collision with his yacht and drifts on his own for days on the open sea. The fiction depicts a thoroughly real scenario.

This article is older than a year.

There are no reliable numbers of containers going overboard because shipping companies and insurance companies are reluctant to publish statistics. With reference to current figures from the World Shipping Council (WSC) in a "Blue Planet II" document by the BBC, experts estimate that up to four containers are lost on the world's oceans every day, other industry estimates assume 10,000 containers are lost every year - about 27 a day. 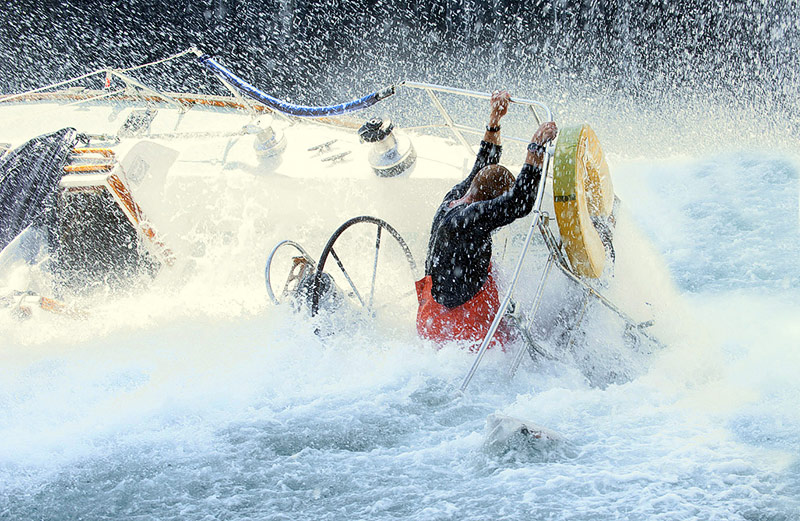 The Swiss marine biologist Nikolaus Gelpke from the German magazine “mare” is not surprised by the number: “Ever larger cargo ships are stacking the containers higher and higher,” he said. Around 50,000 cargo ships are sailing the world's oceans, including some with a capacity of 20,000 containers. According to a recent “Telegraph” article, there are currently 33 million containers.

Hardly visible on the sea surface

The cause of the loss of containers is inadequate load securing, which has fatal consequences in storms and thunderstorms as well as if the ship “rolls” (movement around its longitudinal axis) caused by the sea. In 2014 the container ship “Svendborg Maersk” lost over 500 containers. There are also ship accidents such as that of the cargo ship “M / V Rena”, which hit a reef off New Zealand in 2011 and broke up. Around half of the 1,386 loaded containers were lost. 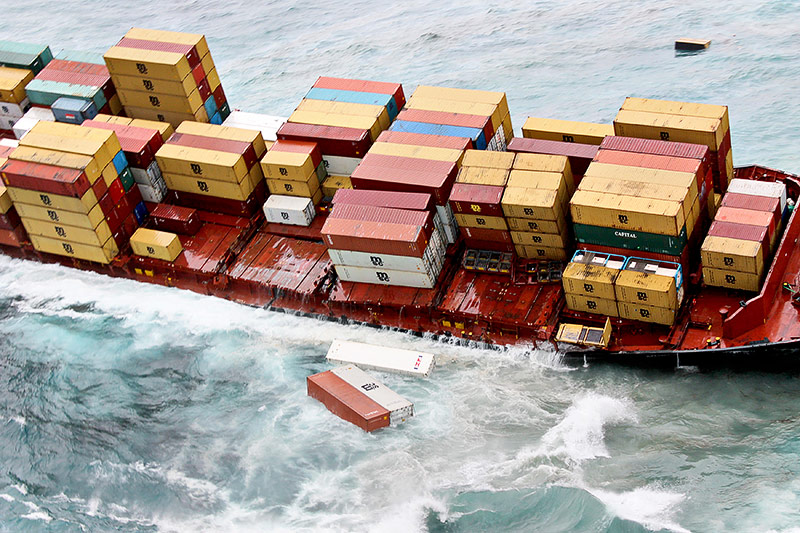 Most of the containers sink quickly to the bottom of the sea. Depending on the cargo, some can float on the surface of the water for days or weeks before disappearing, as tests by the US Coast Guard have shown. In the case of refrigerated containers, thanks to their insulation, it can take even longer: for example, a container was only washed up on the English south coast eleven months after it slipped into the Atlantic off France.

As good as no alternative options

Gelpke estimates the number of shipping containers floating in the sea to be at least 12,000. Accordingly, collisions are reported and damaged yachts rescued - if they are able to make an emergency call at all. Cautious estimates assume that in European waters alone three to five yachts per year sink due to collisions. 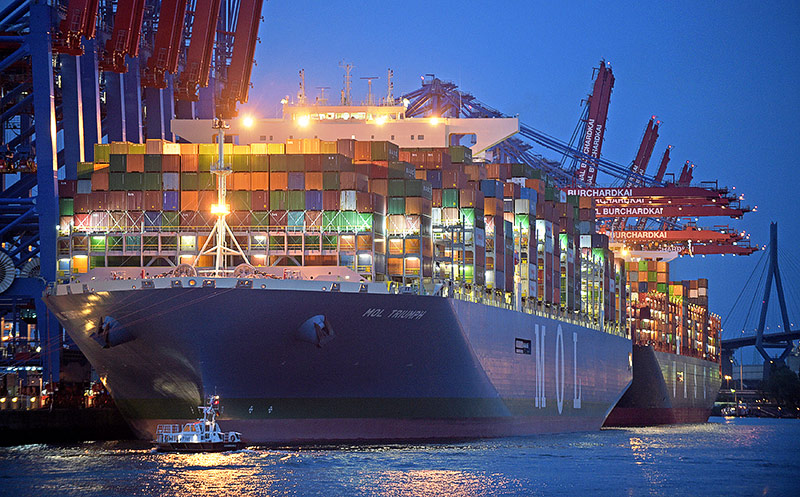 “MOL Triumph”, the largest container ship with a capacity of 20,568 containers, in May 2017 in the Port of Hamburg

The risk of collision with the mostly invisible "UFO" s ("Unidentified Floating Objects") can hardly be reduced, according to the specialist magazine "Boat24". Even in light seas, it is almost impossible to tell with the naked eye whether a wave is rippling in front of a container or just in the wind. Radar and the Automatic Identification System (AIS) would also be of little help, as they usually only detect objects that appear above the surface of the water. The only thing left is that shipowners report a loss of container in good time so that the area can be bypassed extensively.

Containers floating in the sea are not only dangerous for shipping. It is estimated that around ten percent of all lost containers contain chemicals or other dangerous goods that can have serious ecological effects. On the other hand, flotsam that comes from containers that have gone overboard and floats in the sea is rather harmless for shipping. 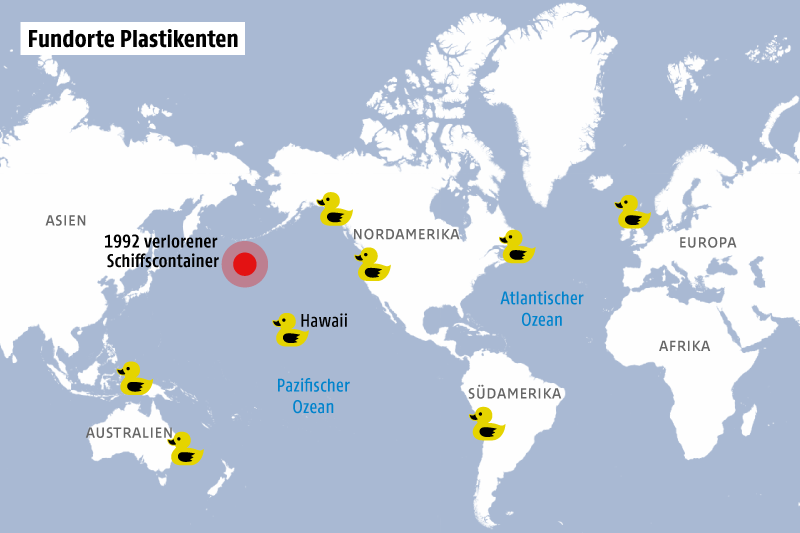 Headlines made about 29,000 plastic ducks from a shipping container lost in the Pacific in 1992, which spread to beaches all over the world and even reached Europe in 2007 - 15 years later and around 27,000 kilometers from the place of origin. A few years earlier there were 61,000 sneakers drifting from Alaska to Hawaii. American oceanographers used these "friendly floatees" to study ocean currents.