Why did the Iran-Iraq war end 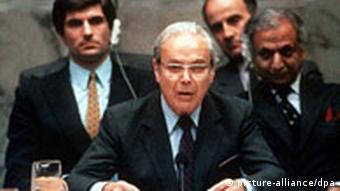 The decision to agree to a truce seemed like drinking a cup of poison. This is how the Iranian revolutionary leader Ayatollah Khomeini described his decision to put an end to the first Gulf War after almost eight years. Time and again he had ignored and rejected international appeals for a ceasefire. As of August 20, 1988, however, the guns fell silent.

Still, there is still no peace between Iran and Iraq. The aftermath of this war can be felt and influence, among other things, the relationship between Tehran and Iraq after Saddam Hussein, but also that with the rest of the world. 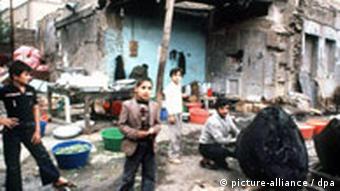 Nobody suspected what a devastating war was about to start when the Iraqi head of state gave the order to attack Iran on September 22, 1980. Iranian cities were bombed. Iraqi troops marched into Khusestan, an Iranian province also inhabited by Arabs, which Baghdad wanted to incorporate as "Arabistan".

The Iraqis initially had an easy game, because the Islamic Revolution since Imam Khomeini's return in early 1979 had severely weakened Iran: the military, which under the Shah was still the largest regional armed force, was decimated and leaderless, the old political leaders were expelled or killed and the new ones clerical leaders anything but up to their new role. Especially not a challenge such as the Iraqi attack presented. 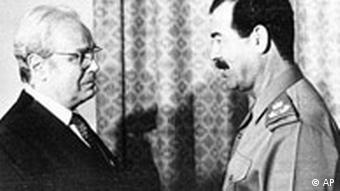 Khomeini must have sensed this and must have rejected a ceasefire because of this. Because he knew that the war distracted the people from domestic political difficulties. He also knew that it was easier to unite people against an external enemy than to lead them unscathed through the turmoil Iran was going through in its post-revolutionary phase.

And as an external enemy, Khomeini could describe more than just Iraq under the "godless" Saddam Hussein. This included all those who supported Iraq in the war against Iran. First and foremost the USA, but also a great many other states in Europe and worldwide - including the Federal Republic of Germany, which believed that with the help of Saddam they could remove the ghost of the Islamic Revolution in Iran.

As absurd as it may sound today after the overthrow and execution of Saddam Hussein: Baghdad could make almost unlimited arms purchases in the West, it was even supplied with chemical weapons and used them in the war against Iran as well as - towards the end of this war, in the March 1988 - against Iraqi Kurds in Halabja.

Iran, on the other hand, was initially able to fall back on the full arsenals of the Shah's army, but later had to get supplies in every conceivable way. Even from Israel, among others, despite Khomeini's declared hostility to the Jewish state. 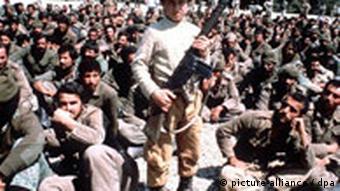 Iran's most important, but nonetheless ineffective, weapon was the army - made up of young people who were blindly devoted to Khomeini and ready to be sacrificed for their country and for their beliefs. More than half a million Iranians, most of them poorly or poorly armed young martyrs, perished in the Gulf War. (For comparison: Iraq lost at least 400,000 soldiers).

There is hardly an Iranian family that did not suffer from war casualties. Impressive evidence of this is "Beheshte Zahra": Thousands and thousands of graves are lined up in this 400 hectare largest cemetery in the region on the southern edge of Tehran. In the immediate vicinity of the bombastic grave of Khomeini, the dead are buried here to save space.

The ceasefire ended the war, but not the deep hostility towards Saddam Hussein's regime: Just as Iranians critical of the Shah - including Khomeini - once found refuge in Iraq, Tehran now took in Iraqi Saddam opponents, especially Shiites and Kurds . And it is these who have taken on important roles in the new Iraq. Such as Prime Minister Nuri al-Maliki. It is ironic of fate, however, that the Saddam regime was not eliminated by them and also not by Iran, but by the "great Satan" USA. 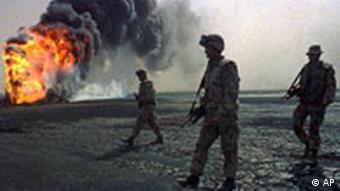 The unrest in the region continued: Burning oil wells during the war against Kuwait in 1991

The US invasion of Iraq in 2003 aroused mixed feelings in Iran: Of course, they were satisfied that Saddam had been overthrown and that the Shiites in Iraq in particular finally got access to power, but at the same time they did not want to applaud the USA for it. Especially since you were slowly being surrounded by US troops: In Afghanistan, Pakistan, Central Asia and now Iraq.

But Iran seems to have tacitly resigned itself to the fact that, to a very limited extent, there is even a community of interests with the USA on questions about Iraq. Above all: Iraq should not pose a new threat to its neighbors. In addition, Iran sees great potential for its own development in developments in the neighboring country: Iraq is a lucrative market for Iranian products, and in the long term also an attractive market for Iranian investments.

However, the war with Iraq has also increased the Iranian sensitivity towards foreign countries: in particular the arms deliveries, especially those of chemical weapons to Iraq, have permanently damaged the image of the West among the Iranian population. External pressure on Iran will, now as then, make Iranians forget internal disagreements.