US Democrats rally behind Joe Biden

That should give Joe Biden, the only remaining Democratic presidential candidate, a further boost. Barack Obama said in a video message that his former deputy in the White House has all the qualities that a head of state should have now. In it, Obama declares that he is proud to now support his former Vice President. Biden has the character and the experience to lead the USA through one of its darkest times.

"Choosing Joe as my vice president was one of the best decisions of my life and he's become a close friend." He is "proud" to support the 77-year-old now in his candidacy. Even if the Democrats did not agree on every detail, they would have to team up to defeat the Republicans.

Biden was Vice President under Obama from 2009 to 2017. So far, Obama had publicly held back with a view to the internal race of the Democrats and did not support any applicants. US President Donald Trump had used Obama's previous silence several times to attack Biden and scoffed that he was not even sure of Obama's support - despite the years together in the White House.

In fact, there had been several media reports in the past few months that Obama viewed Biden's application with skepticism. The Democrats are now working hard to close the ranks and gather all the forces behind Biden to beat Trump in the presidential election in November.

Obama extolled Biden's long political experience. Alluding to Trump, Obama said the current crisis shows that good governance is important, as are facts, science, the rule of law - and leaders who are informed and honest. 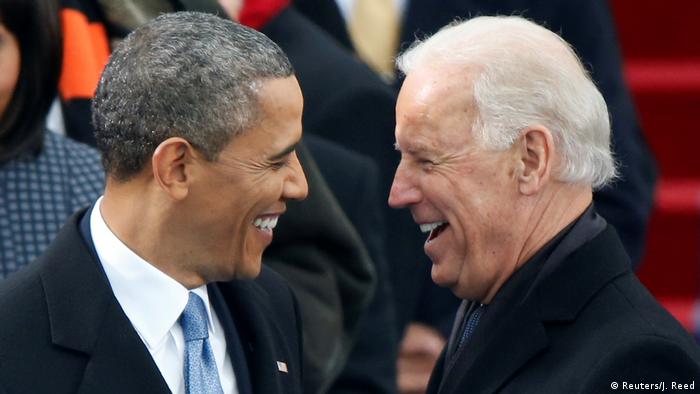 Biden's last internal party competitor for the Democratic presidential nomination, left-wing Senator Bernie Sanders, withdrew from the race a few days ago. On Monday he had given Biden his full support.

The Democrats' formal nomination convention will be held in August. Among the Republicans, incumbent Trump is considered a candidate for the election in early November.