Where do fashion trends start?

Face care products made from lead or arsenic, for example - or hoop skirts that catch fire.

1. Queen Elizabeth I wore make-up made of lead that actually poisoned her. Oops. 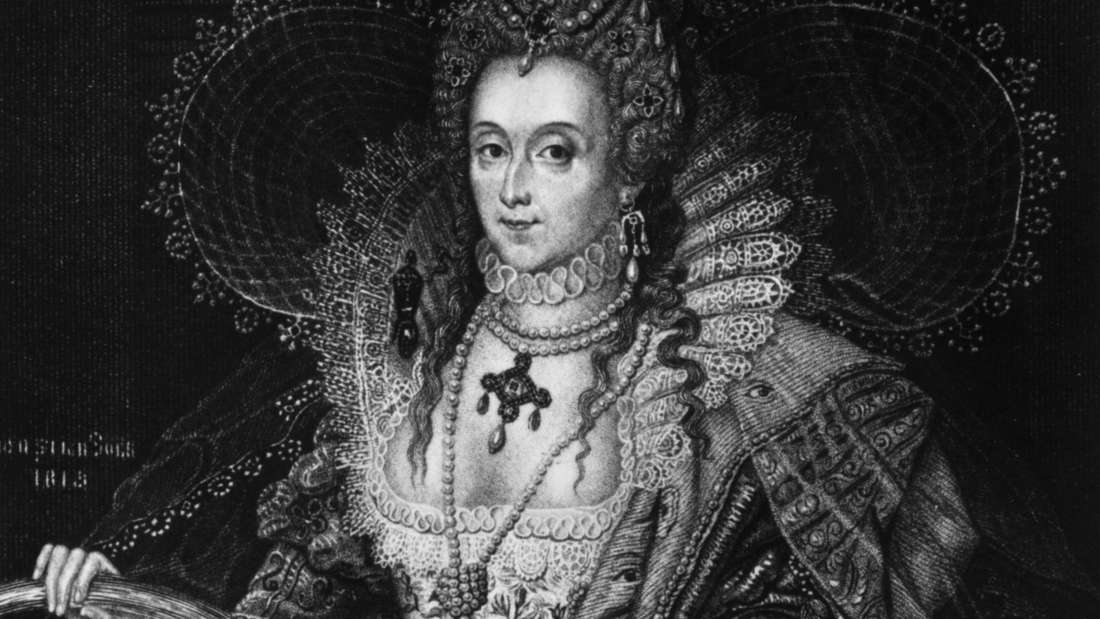 During the reign of Queen Elizabeth I, pallor was synonymous with beauty, wealth and nobility. To get that finished, pale look, women rubbed this stuff called white lead, a lead-based make-up. Did I say lead? Yup and this makeup ate up into the face of the user and caused horrific damage.

As Giovanni Lomazzo, a writer from the era, wrote:

"The ceruse, or white lead, with which women paint themselves, was no doubt invented by the devil, nature's archenemy, to make beautiful human beings ugly, terrifying and disgusting ... a cheesecake could easily be scraped off each of their cheeks

The ceruse, or white lead, which women use to beautify their skin, consists of lead and vinegar. The mixture has a very drying effect and is used by surgeons to treat weeping wounds. "

Queen Elizabeth probably applied so much white lead that she slowly poisoned herself as the lead from the cosmetic seeped into her bloodstream.

AND THAT'S NOT ALL.

The dominant ideals of beauty for women of the time were small, rose-colored mouths and bright, wide-set eyes. To conjure up a glow in their eyes, women sprayed a few drops of Belladonna - also known as "deadly nightshade" - in their eyes. Side effects include headache, dizziness, nausea, and blurred vision. GREAT.

2. In England in the sixteenth century you could be executed for wearing the wrong feather in your damned hat. 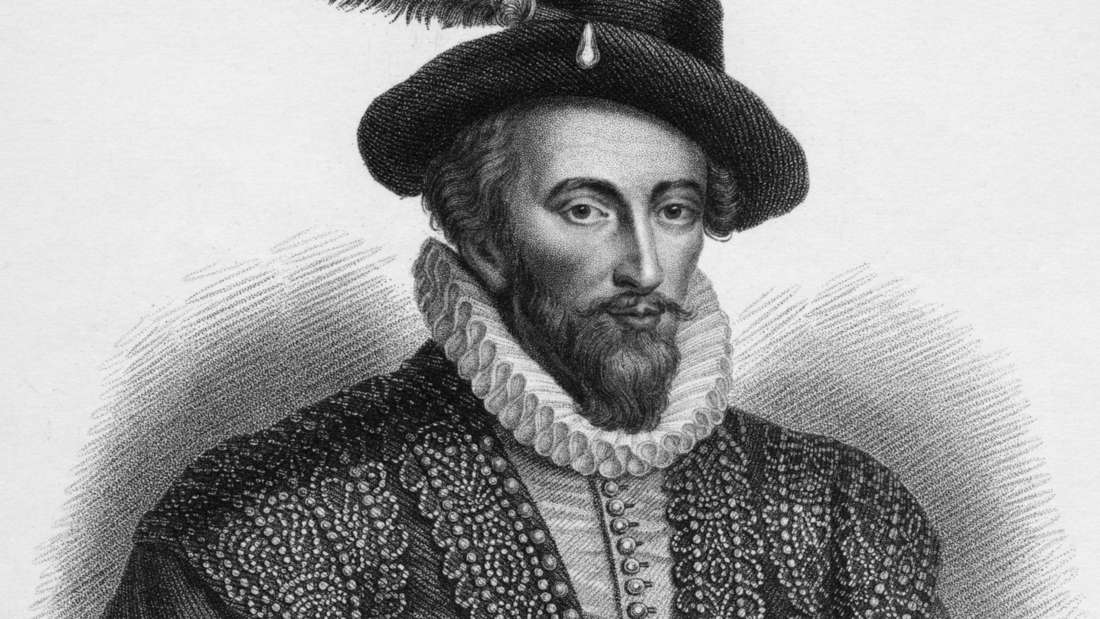 In 16th century England, the expenditure laws - laws that were enacted to regulate class differences and define social norms - determined which feathers each class was allowed to wear. First of all, everyone over the age of 13 was required to wear a head covering, which is pretty blatant. The lower layers were banned from wearing feathers from geese, ducks or chickens, while the upper layers were allowed to wear feathers from peacock, ostrich, heron, swan or pheasant. Any member of the lower class who was seen wearing a pheasant feather was traded as a fraud and could be executed for it. 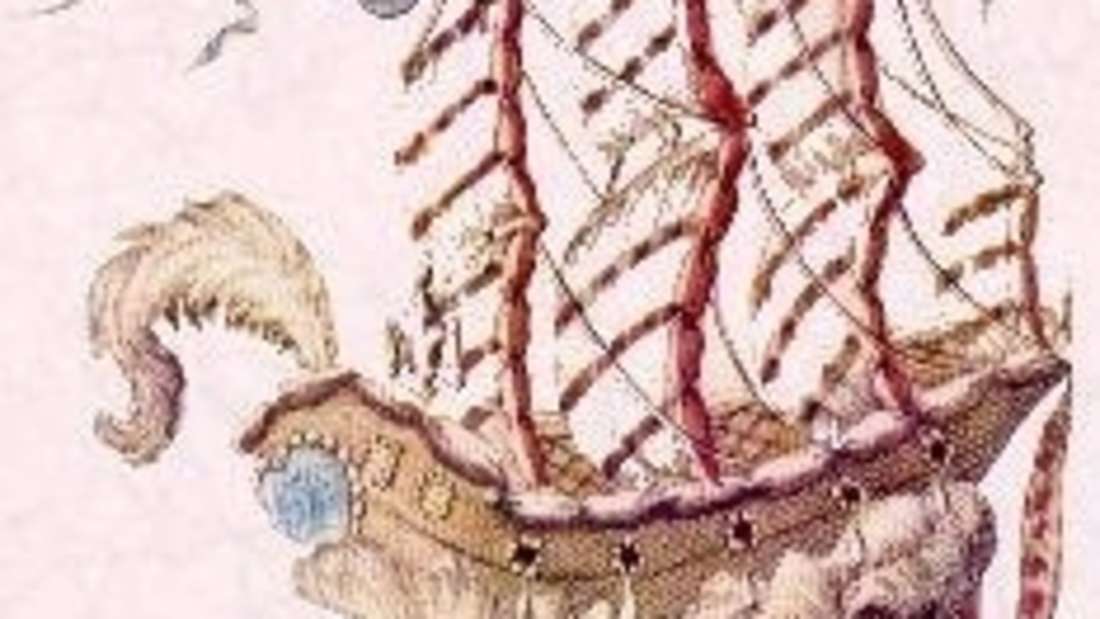 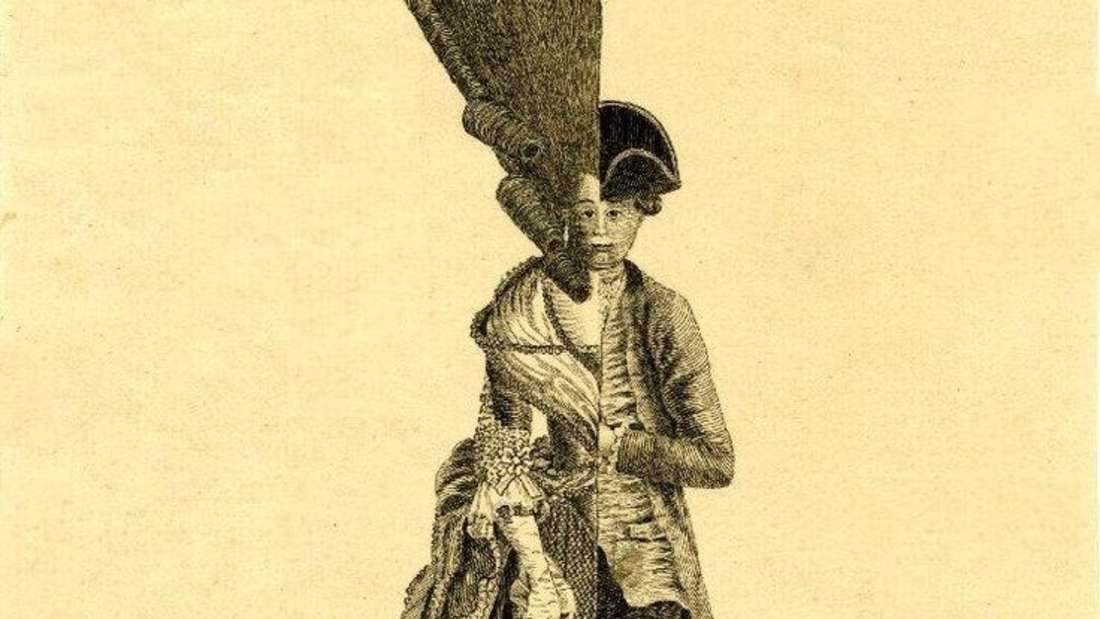 During the Georgian era (from around 1714-1830) wigs were all the rage for women (and men!). The wigs were often made from purchased hair (the hair of virgins is said to have been preferred), which was then supplemented with wool and shaped with sugar water and a greasy pomade. You can imagine that they could get quite musty after being worn several times and required regular visits to the barber, where they were shaped and cleaned.

Women's wigs were so huge and expensive that the women who wore them often had difficulty getting through a doorway and therefore had to bend down or sit on the floor of their carriage to get from A to B. One of the worst side effects of these wig monstrosities was that fine ladies sometimes stumbled in candles and accidentally set their incredibly large wigs on fire. The newspapers of that time were full of horrific reports of women whose wigs led to accidents in which they set themselves on fire, with fatal consequences.

4. In the Victorian Age, women used ARSEN to cleanse their skin. 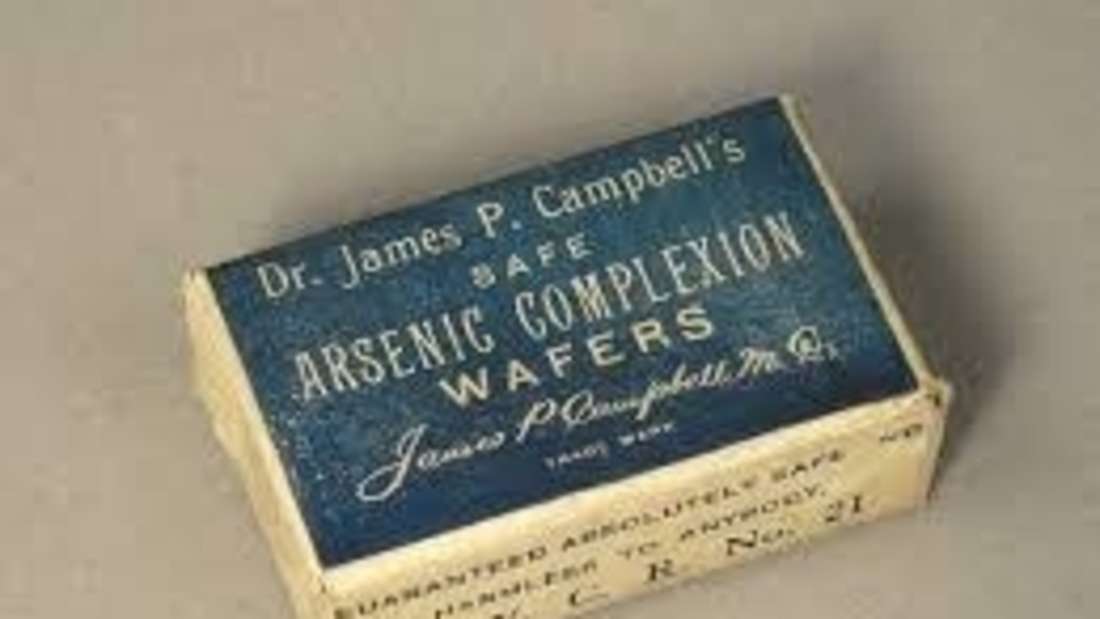 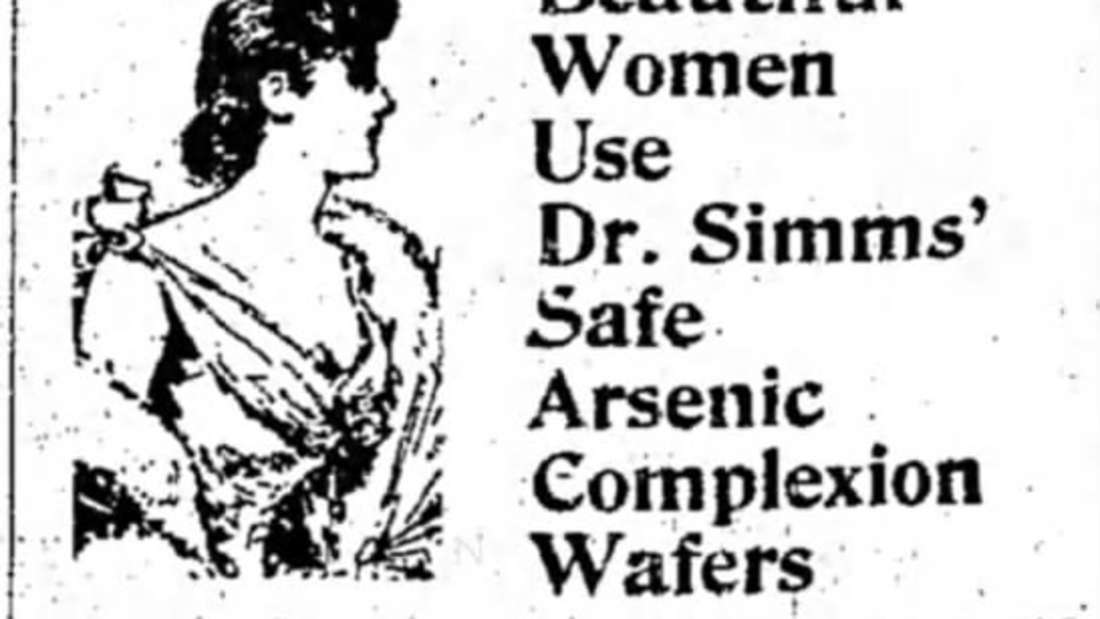 In the middle of the 19th century there were reports about the "arsenic eaters" in Styria. The farm workers regularly ingested clumps of the so-called herding smoke and enjoyed "longer breathing and a higher tolerance to cold and pain". And the peasant girls are said to have had a really great rosy complexion,

The only problem was that once they tried to stop consuming arsenic, their overall health and well-being decreased sharply.

Manufacturers of pharmaceuticals and cosmetics saw the poison as a great opportunity and really got to work. They made pills, a face cream, and even bath products from arsenic that helped women get soft, pale complexions. The only catch was the EXTREMELY long list of severe side effects, which included headache, diarrhea, vomiting, abdominal pain, convulsions, convulsions, drowsiness, blood in the urine, and hair loss. What's worse, symptoms have often been reported to get worse when trying to stop taking the pills. In effect, consumers were forced to keep poisoning themselves so they could feel a little better.

5. Corsets were laced so tightly that they sometimes split a woman's stomach in half. 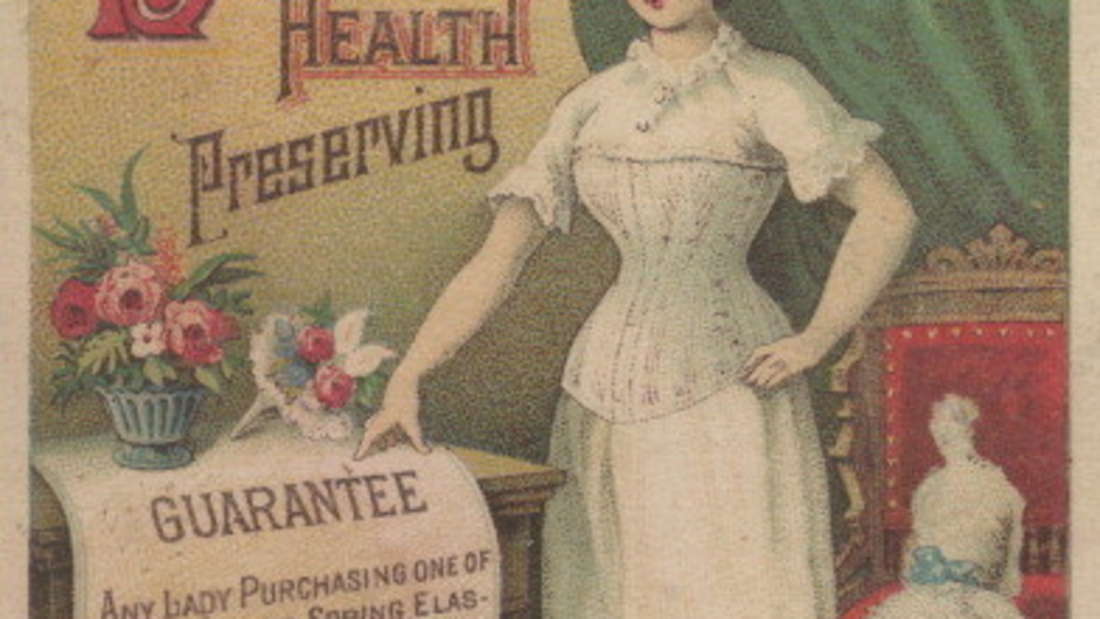 Tight corsets that constricted organs were extremely popular in the Victorian era, and the rule of thumb was: the tighter you can lace your corset, the better.

Unfortunately, the so-called tightlacing led to the fact that some women caused permanent, horrific damage to their bodies. One case reported that a woman with a waist of 13 inches had died and it was later found that her liver had been punctured by three ribs. Another woman had stab wounds in her heart from her corset. Another woman's liver was deformed by lacing it too tightly. Tightlacing even has one
Travesty artist on the conscience. Joseph Hennella collapsed during a variety show and died that same night. Because of their corsets, women suffered from tons of clinical pictures, including headaches, shortness of breath, circulatory disorders and fainting spells (logical!)

6. Hoop skirts caused women to fall over and occasionally set themselves on fire. 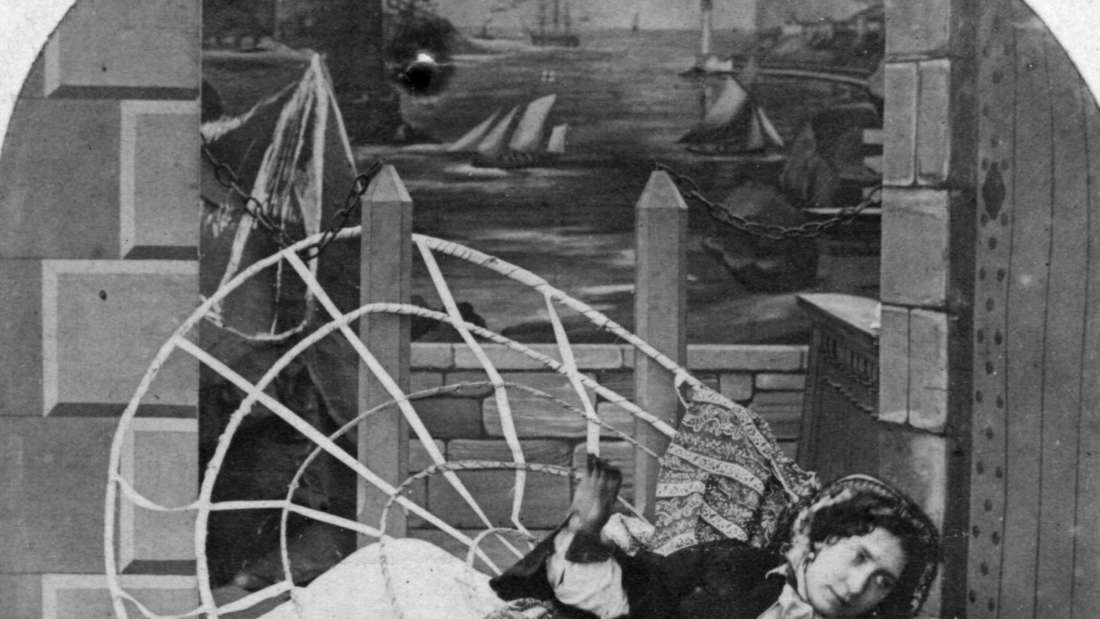 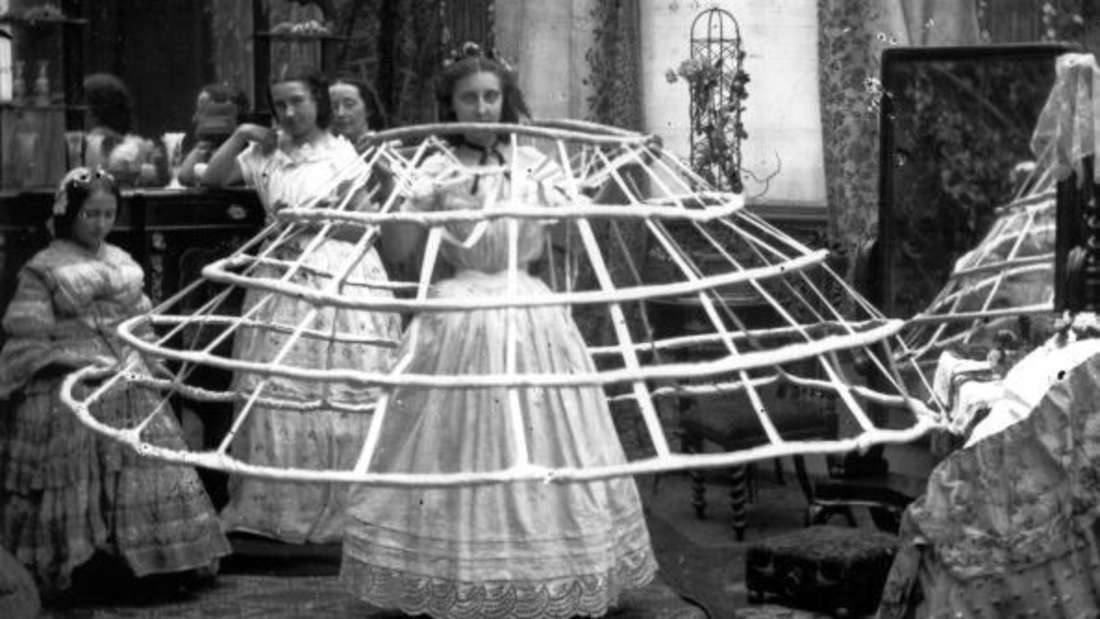 Hoop skirts were all the rage in the 19th century. They were often made from a combination of horse hair and steel. Since the skirt's hoop was far from the body, women had to be incredibly careful when walking around in their clothes. Many, many women - estimated to be around 3,000 or so - went up in flames while wearing hoop skirts. If the skirt was also caught in the wind, a woman could possibly be carried over the edge of a pier or cliff.

And what happened more often: the skirts often got caught in machines or in the wheels of wagons and carriages. According to a report in The Essex Standard a woman who actually worked in a hoop skirt manufacturer died when her skirt got tangled in a machine and her skull was smashed. 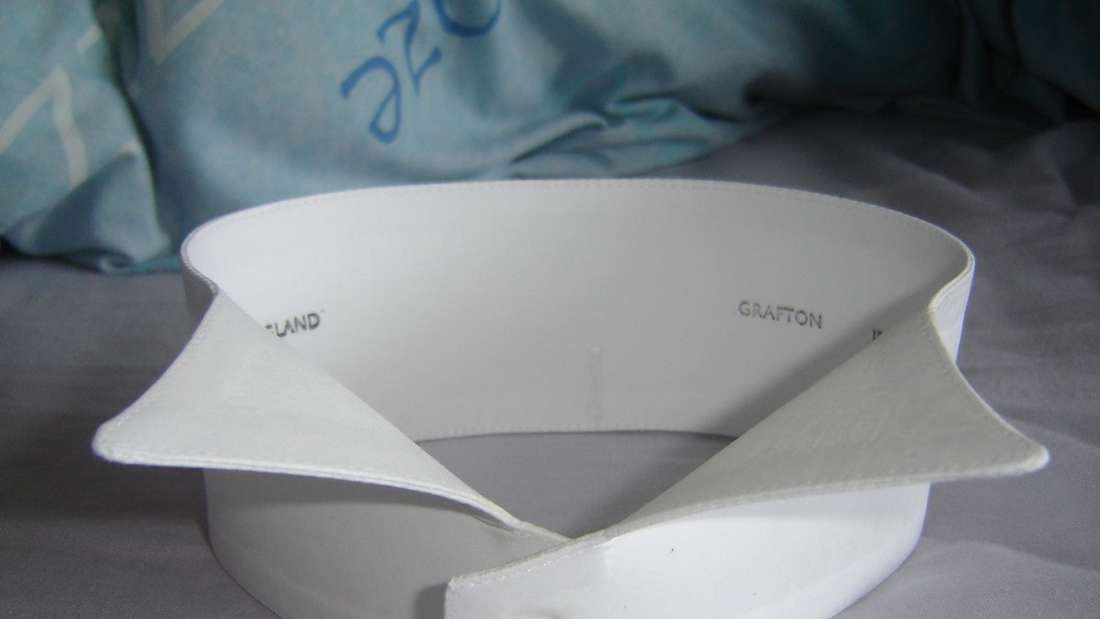 Wow, so what a way to part with life. In the 19th century, men usually wore extremely starched and stiff stand-up collars, which were great because they were easier to clean. It's just stupid that after a night of excessive alcohol consumption or something like that, men sometimes lost consciousness and suffocated in their cramping stand-up collars. In one very special case, a collar completely choked off a man's windpipe and he was found freezing cold and dead on a bench. Another man died after a sudden upset stomach made his neck swell, but the neck was hemmed in by a starched, stiff collar. There were so many deaths from a collar that it was dubbed a "parricide". Damn it. 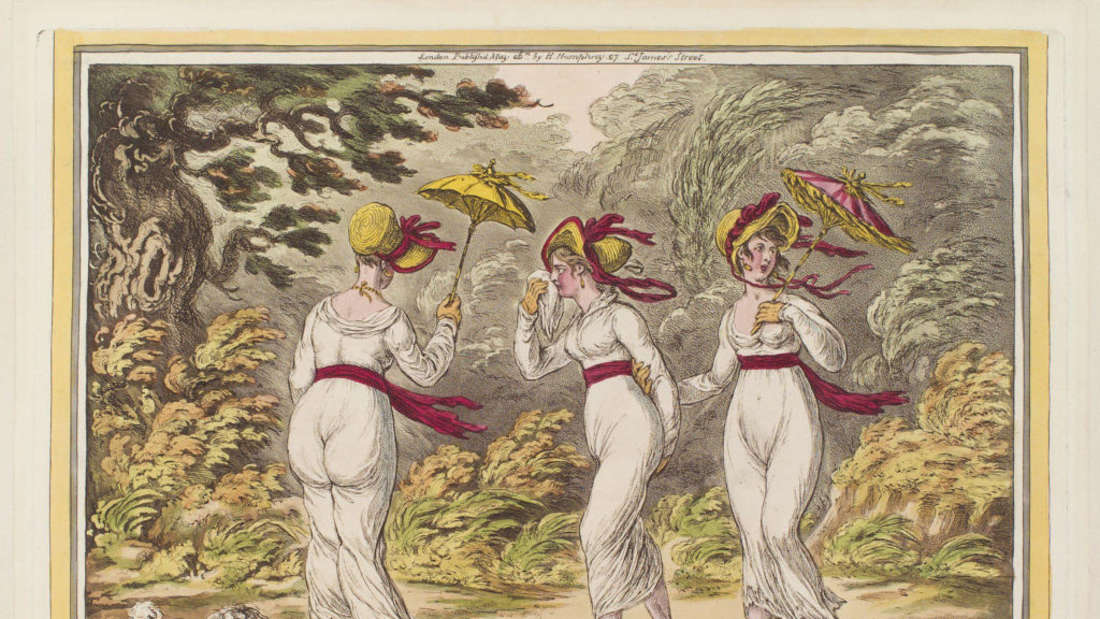 For a brief moment in the late 18th century, it became popular to forego bodices and other rigid garments in favor of flowing Regency-style dresses. Regency dresses were similar to togas or simple dresses and were intended to emphasize the female figure and her curves.

To really get the most out of the look, women wet the muslin fabric of their dresses so that it really stuck to their bodies (as you can see on the cheeky lady on the left in the picture above). Not really bad, BUT! Intentionally wetting a dress in order to stick it to the body is probably not a good idea when it's cold outside and, like the majority of middle-class women of this era, you're not wearing underwear. Throngs of women caught pneumonia as a result of this fad. And several doctors attributed the outbreak of a severe flu epidemic in Paris in 1803 to the trend of wet muslin dresses. They even called the epidemic the "wet muslin flu".

9. Last but not least, the hobble skirt made it almost impossible for women to walk around. 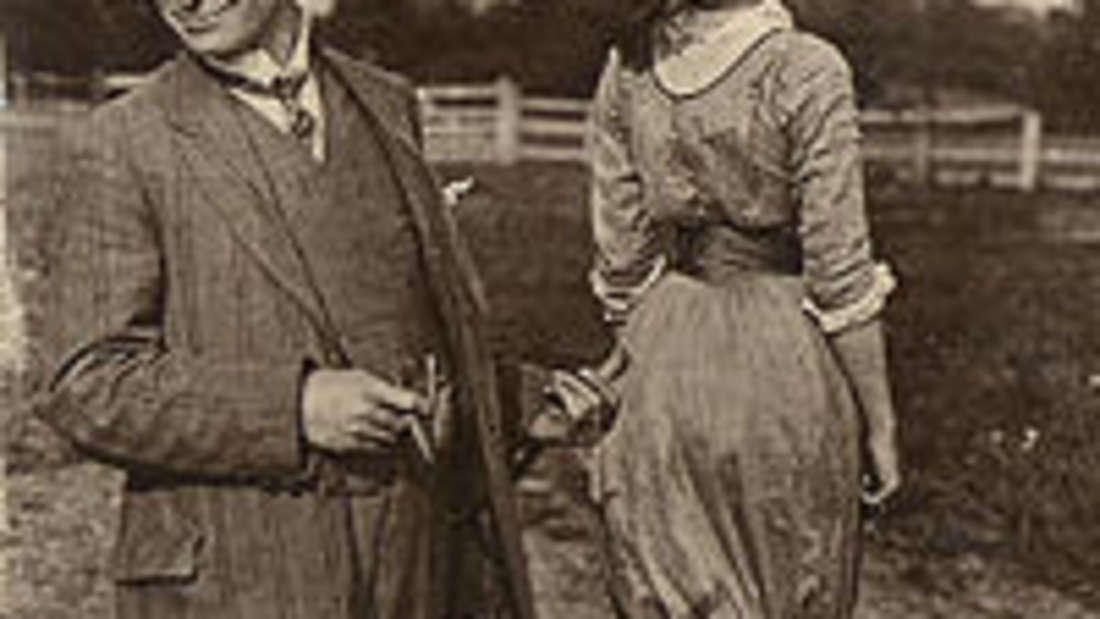 In the early 1900s, designer Paul Poiret created a terrible invention called Humpelrock, which restricted women's movements from the knees down, forcing them to "hobble" in tiny steps. Many thought that the skirt would make women look more elegant and petite. Others said the skirt was a security risk because it made women trip and fall.

In some cases, wearing a hobble skirt resulted in death when, for example, a horse was romping through a crowd and a woman was unable to jump out of the animal's way. Another woman died after tripping on her skirt and falling over the railing of a bridge. Fortunately, the limp only lasted from 1910 to 1913 as the skirt went out of style after that.

This article first appeared in English.