Debate about patriotism: "We" and "they", what is that supposed to be?

Some leftists refer to their love for their homeland. It is necessary to create a “we” that relates to values ​​- and not to origins. 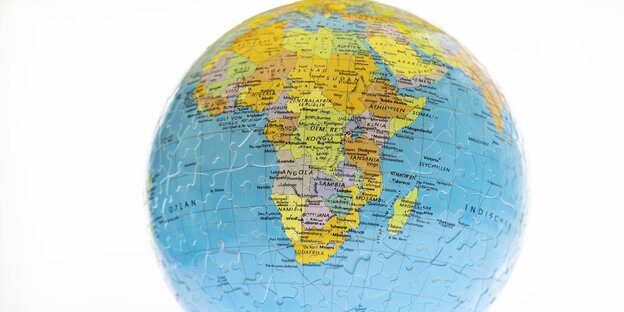 Isn't it enough to be part of the world community? Photo: imago images / Arnulf Hettrich

The idea of ​​the nation has become less and less important in recent decades. But for some years now it has been celebrating a partial renaissance. It is not just right-wing extremists and right-wing populists who uphold their love for the nation - progressives are also increasingly advocating their own positive attitude towards their own country. They propagate a friendly patriotism that includes all people who inhabit a country.

For example, the Green politician Cem Özdemir called for an open and pluralistic nation with a speech in the Bundestag for which he received the award "Speech of the Year 2018". In doing so, he explicitly challenged the right to interpret patriotism.

The American presidential candidate Bernie Sanders is calling for something similar. In a speech in which he explains his concept of democratic socialism, he says: "We have to see ourselves as part of a nation, a community, a society - regardless of race, gender, religion, sexual orientation or country of origin."

The idea is this: It makes sense to integrate the love of the fatherland and define it in a cosmopolitan way. When those who have an emotional relationship with the nation are only attacked as reactionary, it is left to the right to determine the love of the nation. There is something to this argument.

The kind of open patriotism advocated by Sanders, Özdemir and many others is called constitutional patriotism in Germany. This is a citizenship concept that should be based on shared political values ​​such as democracy and freedom of expression, rather than on ethnic or linguistic communities. The nation is held together by a shared history and shared values.

The social philosopher Charles Taylor considers constitutional patriotism to be the engine of modern democracies. It contains pride and shame. When a law is passed that gives everyone an equal place in society, he feels proud, while he is ashamed when a law discriminates against people.

The problem is that there is a lot to suggest that the pejorative, aggressive nationalism is just the other side of this friendly patriotism. That would mean, whoever promotes one, promotes the other at the same time. Even in the United States, where the national “founding myth” is thought to be more inclusive and open, a national chauvinist has been elected president. At least in Germany, the terms people and nation are also strongly determined by ethnic associations.

Values ​​are independent of the origin

But even without such traditions, the internal logic of the national promotes exclusion and oppression. The core problem is that “constitutional patriotism” cannot choose between universalism and particularism. In essence, he wants to be universalistic, after all, the first sentence of the Basic Law does not proclaim the dignity of the German, but the dignity of the human being. The term “nation” refers to the origin. Values ​​are independent of the origin.

Differences are expressed in terms of opposites. If Germans are “hardworking”, someone else has to be “lazy”

As soon as we refer to people as Irish, Italian or German, we draw a line and have to mark this “difference”. Differences are expressed in terms of opposites. If Germans are “hardworking”, there must be some elsewhere who are “lazy”. When we speak of different “cultures” that are conveyed through national terms, then we tend to assign certain, fixed characteristics to the members of a nation, following this logic of differences.

When it comes to football, commentators like to claim that Italians and Argentines are particularly “hot-blooded”, which in turn means that they cannot control their emotions. The Nazis even invented the word "un-German", with which everyone and everything are excluded and devalued that do not correspond to the specified properties.

Inclinations are not laws of nature

According to the French philosopher François Jullien, it makes more sense to speak of cultural “distances” rather than “differences”. Accordingly, there are gaps, but the transitions are fluid and can be bridged and a lot happens in between. Differences are defined by opposites. And only thinking in terms of opposites distorts perception.

Such defining attributions arise when people are named or thought of according to their origin. It has been well documented socio-psychologically that people tend to increase and standardize their “ingroup”; the outgroup is devalued and also standardized.

Inclinations like these are not laws of nature. You can lose power through knowledge and thought. Nevertheless, we should think carefully about the line along which a distinction is made between “we” and “they”. It would be more profitable to draw the line between those who love solidarity and freedom and those who don't.

Love of freedom and humanity

Why should the right and left, the exploiter and the exploited, those who love justice and those who have stepped down, feel that they belong to a community? The nation unites what does not go together. Nevertheless, the concept of friendly patriotism has advantages: it calls into question the right interpretations of nation and patriotism. Therefore, constitutional patriots should not be defamed as latent right-wing extremists.

It is very well possible to create a "we" that consistently refers to values ​​and not to origins, as the huge indivisible demo in Berlin 2018 so successfully demonstrated. What united these people was their love for humanity and freedom, not for the nation.