You don't become a YouTube star overnight. In addition to good equipment, you need perseverance, passion and the right strategy. To be successful on the YouTube video network, you need more than just a camera and passion.

The YouTube video network thrives on the fact that as many users as possible upload, watch and comment on films. If you want to stand out from the crowd of millions and millions of YouTube users with your own productions, you have to come up with something.

Occupy a niche with your own channel

Success can be achieved with many topics, whether it's beauty tips, video about computer games, or science topics. But it is helpful to occupy a niche. "The more pointed the target group, the more distinctive the channel," says Prof. Achim Fettig from the Macromedia University in Cologne.

Be a master of his trade

It is also important to be good in the chosen discipline. Either you are a good gamer, or you are particularly good at applying makeup. In any case, viewers should be happy to see the channel.

Use as many social media channels as possible

The greatest asset by which success on YouTube can be measured are clicks. As many people as possible should watch the videos on their own channel. Andreas Ebert from the Youtube channel «explainity» recommends being active in many social networks. In addition to the YouTube channel, Facebook, Instagram, Snapchat and Twitter should also be used. Ebert has already brought it up to 104,000 subscribers.

Also important: "In the case of successful Youtubers from the same category, comment under the videos that people can also stop by you," says Achim Fettig. In principle, you can also use the hashtags, i.e. keywords, from well-known Youtubers, so that your own videos are easier to find for viewers who watch similar videos. Those who network with other Youtubers can also draw each other's attention to their own channels.

Regularly uploading new videos is a basic requirement for every YouTube channel. Fettig recommends entering fixed broadcast days in the calendar. The date also includes the time. Similar to a television magazine, for example, the viewer should be able to look forward to a new video on Sundays at 6 p.m. It can be exhausting, but only a persistent Youtuber can be successful, says Fettig.
If there are problems with regularity, the Berlin marketing agency ReachHero advises you to do less and then do it with passion.

Include your own fan base

“You should be close to the users,” advises Ebert. He and his team keep producing videos that viewers have wished for. Questions and comments should be answered regularly. Live videos or a so-called “call-to-action” also bind viewers, according to Achim Fettig. For example, if you ask the user at the end of the video to write their opinion in the comments or to give a rating.

Maintain authenticity and stay true to yourself

“You can't design Youtubers on the drawing board,” says Achim Fettig. What is meant is the necessary authenticity and passion for a successful YouTube channel. You shouldn't pretend and only make the videos that you enjoy. According to ReachHero, authenticity can be created through certain private insights. This includes, for example, using a private room instead of a studio as a backdrop, or telling little stories from private life.

It is best to record the videos with a camera rather than a smartphone. Quality also includes "basics in video editing, or a high-quality cover photo," says Fettig. The professor of media management also advises careful planning of a video. "You shouldn't fill an entire script, but a schedule is important." The topics of the video and the respective speaking time should be entered in it, so that the video does not get too long because you mess up.

Create recognition value of the channel

The thumbnail image, i.e. the preview image for each video, is the first thing that users see. Therefore, it should be as appealing as possible and make you want to watch the video. For example, bright colors are currently in fashion. The experts at ReachHero advise, however, not to follow every trend and to stay true to the design of the channel.
Ebert advises giving the videos and the channel their own design. This is relatively easy with websites such as Canva.com, where Youtube thumbnails and cover images can be created for free.

The right hashtags and video descriptions are also important for a successful YouTube channel so that your own video can be found more quickly. The hashtags should fit the video and make you want to see it - "it can get a little lurid," says Fettig.
The video description should "clearly explain what the video is about," says Fettig. Only in the lower part of the description can you explain locations, equipment or other details. 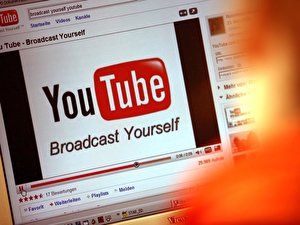 Top10: The most famous German Youtubers

Many Youtubers now have reach that is otherwise only achieved by television. But who are these new young stars and what are they doing on their channels? more 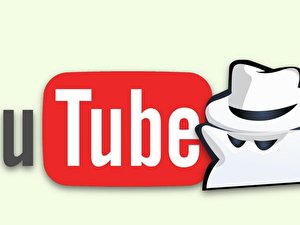 Data octopus YouTube: Using cookies, user interests can be easily identified - and suitable video suggestions can be played out. If you don't want that, you can prevent it. more

The most popular online games:

More IT services in the BerlinFinder. 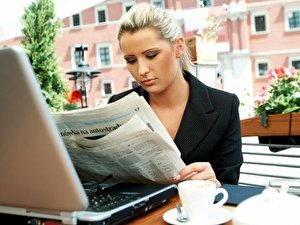 IT and technology fairs

The most important IT fairs, technology fairs and industrial fairs in Berlin with dates, descriptions and directions. more