What do the Irish think of the Greeks

Irish don't want to give in to Greeks

House prices are rising even faster in Dublin's Grand Canal Dock district than in the rest of Ireland. Where once there was desolation, innovative architecture, luxury apartments and restaurants by the water now dominate the scene. The lively quarter houses the studio of the rock band U2 as well as the European corporate headquarters of Facebook and Google.

The apparent prosperity in Silicon Dock and the ongoing flow of investment seem to confirm what the Irish Independent newspaper recently announced: "We are no longer PIIGS." The abbreviation, reminiscent of "pig", referred to the heavily indebted countries Portugal, Italy, Ireland, Greece and Spain after the start of the euro crisis.

Indeed, Ireland can no longer be easily compared with the battered Greece. The troika made up of the European Central Bank, the EU Commission and the International Monetary Fund that oversaw the country’s reforms is nothing but an ugly memory. Unemployment has fallen from its high of 15 percent to eleven percent. Although emigration remains an acute problem in the west and south of the country, the number of emigrants is falling as quickly as the economy gets going.

However, like Greece, Ireland bears a heavy, possibly excessive debt burden. The country spends twice as much each year on debt servicing as it does on its infrastructure. With their fresh and vivid memories of everyday life in a declining economy, the Irish understand the difficulties of the Greeks very well. In Dublin, as in Ahten, the redevelopment course - and the new taxes and duties that come with it - have brought thousands of demonstrators to the streets. 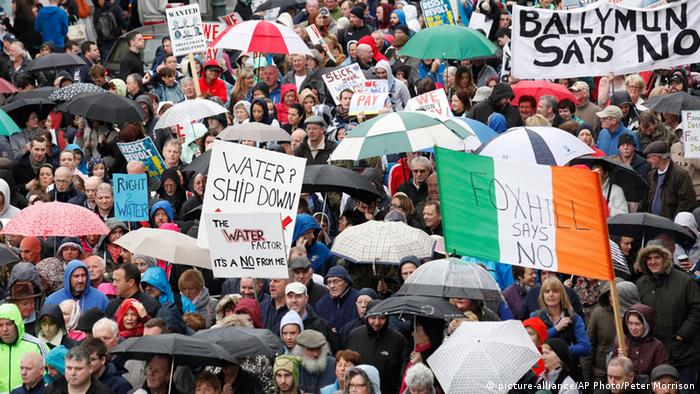 Greece as a warning

Since the start of the recession, Greece has been a kind of sentiment lift for Ireland, a reminder that things could have got worse. There is broad consensus in the Irish media that Greece deserves relief, but the government is strongly against debt relief. Just recently, Finance Minister Michael Noonan told a parliamentary committee that he would not support debt write-offs or attempts to exclude Greece from the euro zone. The new Greek government seemed to be making "impossible" proposals to close the looming funding gap, complained Noonan. 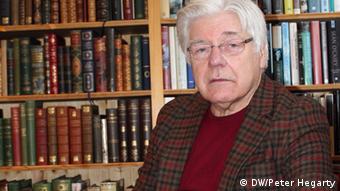 Noonan is not entirely wrong, says Allan Gregory in his second-hand bookshop in the center of Dublin. The book trade was an uncertain business during the recession and has remained so despite the boom. The weakness of the euro makes it more expensive to import rare books from Great Britain and the USA. It is wrong to offer Greece a special arrangement when times are still difficult for people like him: "There would be an outcry from the Irish people if for any reason the EU should decide to relieve Greece of responsibility," warns Gregory.

Seamas Coffey, an economics professor at the University of Cork, has long been one of the few to argue that Ireland - and Greece too - have no right to blame international organizations for their own mistakes. Responsibility begins at home, says Coffey. Irresponsible bank lending and inadequate financial market regulation are at the heart of Irish problems. The problem is not the debt, which Greece is hardly paying back anyway, but "an economic system that does not work," said the lecturer. "What Greece needs is less debt relief than an end to uncertainty, that is, a feeling of stability - like the feeling that is currently emerging in Ireland."