What is the hardest material

Indestructible: Researchers have discovered 43 new, extremely hard carbon variants - three of them could even be harder than diamond. These previously unknown structural variants were tracked down with the help of virtual crystal models and an adaptive algorithm. The new super-hard materials could be used as alternatives to diamonds - and have even more favorable properties than these, as the researchers report.

Diamonds are not only coveted as precious stones, they are also the hardest natural material on earth. Because in these carbon crystals every atom is linked to its four neighbors via close, very strong bonds. The diamond owes this special structure to the enormous pressure and high temperatures under which the carbon was compressed in the depths of the earth. Because of their enormous hardness, diamonds are used in industry for cutting, grinding and polishing hard materials.

"Diamonds are currently the hardest commercially available material, but they are very expensive," says Eva Zurek of the University of Buffalo.

Learning algorithm as a search aid

This is why chemists look for minerals that are similarly hard but cheaper. In addition to other crystal forms of carbon, compounds of the elements boron, nitrogen and oxygen are also considered potential candidates because these can also form very strong covalent bonds. "In addition, these materials could have advantageous properties that diamonds lack - they might interact differently with heat or electricity," says Zurek.

In order to track down such super-hard materials, Zurek and her team have now used adaptive algorithms to help. They were trained to recognize the features of potentially super-hard crystal structures. As a result, these programs were able to select from randomly generated, virtual carbon structure variants those that could be promising as diamond substitutes. 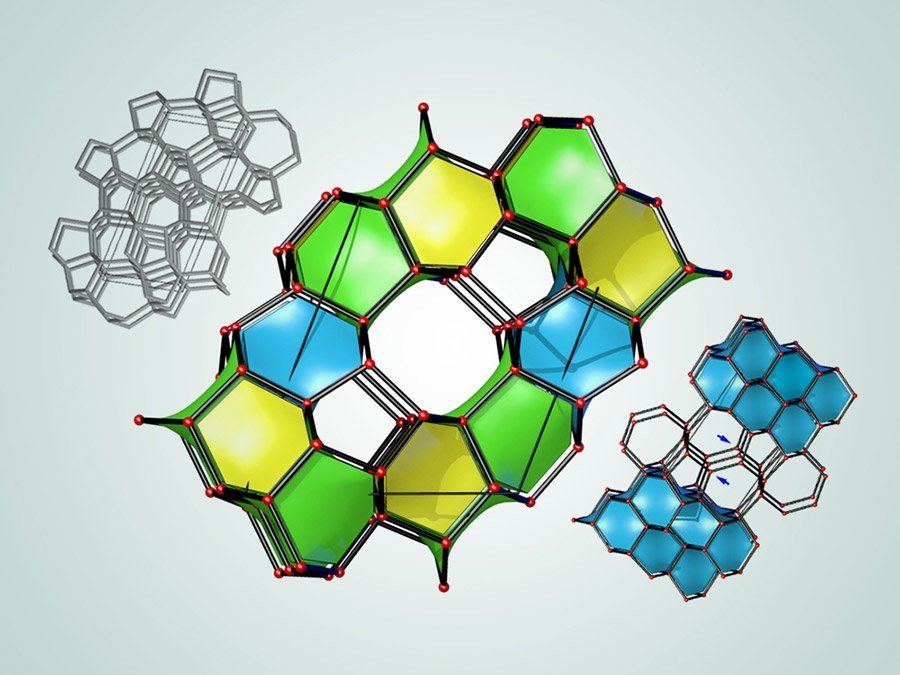 The surprising result: The algorithms found 43 previously unknown and potentially super-hard carbon structures. In the so-called Vickers endurance test, all of them would withstand the pressure of a peak of 40 gigapascals - this corresponds to the pressure in the lower mantle of the earth. Three of these novel crystal forms could even be a little harder than diamond, as the researchers report.

Closer analyzes showed that the hardest of these super-hard carbon variants had a mixed crystal structure: They consisted partly of carbon atoms in diamond or Lonsdaleit configuration, partly of clumps of amorphous, disordered carbon atoms. These new materials thus resemble a variant of carbon that chemists made a few years ago.

Also possible with other elements

According to Zurek and her team, the newly discovered carbon variants open up promising possibilities for making super-hard alternatives to diamonds. For example, some of the new structural shapes could be produced by high pressure treatment of graphite. “You take the best material structures predicted by the computer and then produce them experimentally in a targeted manner,” says co-author Cormac Toher of Duke University.

"So far there are very few super-hard materials, so it is of great interest to find more," says Zurek. The programs used by her and her team will also make it possible in the future to detect super-hard materials made from elements other than carbon. (npj Computational Materials, 2019; doi: 10.1038 / s41524-019-0226-8)