What about Indians and nationalism

When India became the world's largest democracy after independence from Great Britain in 1947, the country’s politicians placed great emphasis on building a pluralistic, secular system. It should prevent the rule of one ethnic group or religion over the many others in the multi-ethnic state. According to the current census, almost 80 percent of the approximately 1.3 billion Indians are Hindus, a good 14 percent are Muslims, and Christians, Sikhs, Buddhists and members of other faiths also live on the subcontinent.

Over the decades, however, the call to give Hinduism a special role has grown louder. In the parliamentary elections in 2019 this was reflected in the clearest victory of a party alliance in three decades: The Hindu nationalist Bharatiya Janata Party (BJP) - the "Indian People's Party" of Prime Minister Narendra Modi - and its coalition partners have since held more than 60 percent of the parliamentary seats .

The BJP has used the ethnocentric tendencies in the Hindu population very effectively, says Sanjay Srivastava, a sociologist at the Institute for Economic Growth in New Delhi. "She will continue to use her identity policy in many areas, for example to spread her idea of ​​what is 'authentically Indian'."

The strong majority in parliament allows Prime Minister Modi to make far-reaching changes to India's political system. And so far there is little to suggest that he will miss this opportunity, says historian and media scientist Rakesh Batabyal from Jawaharlal Nehru University in Delhi: "After the clear election victory in 2019, it looks more than ever that the Hindu nationalists will have theirs Enforce the agenda. "

The BJP is expanding its power

A few weeks after the election victory, the Modi government removed the special rights of the Indian state of Kashmir from the constitution, divided it into two parts and made them union territories under the direct administration of Delhi. The area is part of the transnational region of Kashmir, which was divided between Pakistan and India more than 70 years ago after independence and has since been a bone of contention between the two states. Kashmir is one of the most militarized areas in the world. Now the government in Delhi has sent further troops there and militarily sealed off the Indian-controlled parts. 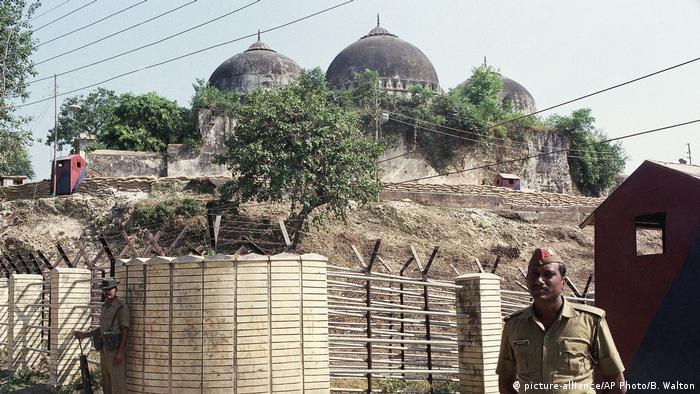 The Babri Mosque in Ayodhya, which was damaged in 1992, is to give way to a Rama temple

The special autonomy rights of the predominantly Muslim state of Kashmir have been a thorn in the side of the BJP for a long time, and its revocation of one of its election promises. With the overwhelming election victory in 2019, the Modis party was able to redeem it.

Another point in the BJP's 2019 election manifesto was the construction of a Hindu temple in Ayodhya in the most populous state of Uttar Pradesh. Nationalist Hindus destroyed a mosque there in 1992 on the grounds that it was built in the 16th century on the foundation of a Hindu temple in honor of the god Rama - a controversial account among historians.

In November 2019, the Supreme Court of India ruled in favor of the government's plans that the Ram Janmabhumi Temple may be rebuilt. In 2020 work should begin regardless of the protest by Muslims. The verdict fits right into the BJP's plan to consolidate its power, says sociologist Srivastava.

The BJP has also implemented an election promise with the new citizenship law, which makes it easier for all non-Muslim immigrants from neighboring countries to adopt Indian nationality. Prime Minister Modi justified the law by saying that he wanted to protect persecuted minorities, especially from Pakistan, Afghanistan and Bangladesh. After the passage in both chambers of parliament, Modi spoke of a historic day for "India's national ethos of compassion and brotherhood".

India's Interior Minister Amit Shah assured: "This law only affects minorities in neighboring countries. It has nothing to do with the Muslims in India." And he urged the Indian Muslims not to believe any other "misinformation". 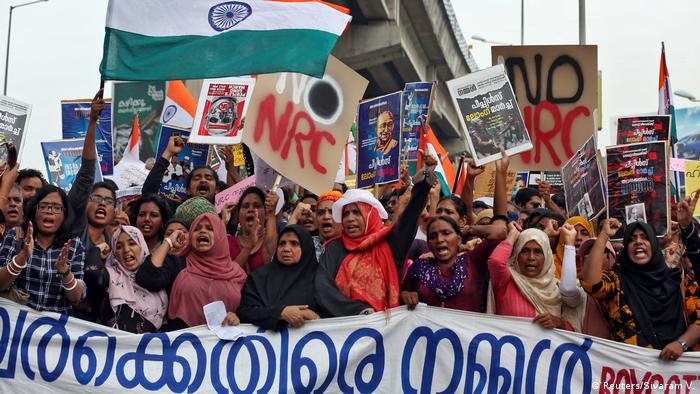 Critics call the law anti-Muslim and unconstitutional. In Northeast India, many people fear that the law could trigger a surge in Hindu immigration from Bangladesh. But despite all the headwinds, very few believe in a Kertwernd of the BJP.

The end of pluralism?

The situation is similar with the National Register of Citizens. So far it only exists in the northeast state of Assam, where it was introduced to capture immigration from neighboring Bangladesh. The BJP government wants to introduce it for all of India. This is necessary to distinguish legal residents from "intruders". But despite assurances from Interior Minister Shah that it is not about discrimination against individual groups, resistance is forming.

So far, neither the criteria nor the schedule have been announced. However, experts assume that - similar to Assam - you have to go through an elaborate bureaucratic process in order to be listed as an Indian in the National Register. For example, you will have to prove that you have a permanent address on the basis of property ownership or rental agreements. In Assam, 1.9 million of the approximately 30 million inhabitants did not pass the citizenship test - many of them belong to non-Hindu minorities.

Some observers fear that such a process could plunge many people - especially minorities - into great uncertainty: "This is a dangerous step and potentially an attack on the citizenship of Muslims in general," says Pamela Philipose, researcher at the Indian Council for Social Research. The human rights activist Shabnam Hashmi sees it similarly: "Together, the new citizenship law and the National Citizens Register have the potential to tailor the Indian political system to the rule of a majority group, in which civil rights between population groups are graded against each other."