Due to the current occasion, namely because of the mission activities that have recently been carried out intensively in the environment of Christian communities, we have put together some information on the South Korean religion of the new revelation. 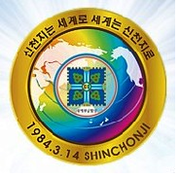 Shinchonji was founded on March 14th, 1984 by Man-Hee Lee (1931). Translated, Shinchonji means something like “New Heaven and New Earth” or “New Heaven on Earth” (2. Petr. 3,13). Before Man-Hee Lee founded Shinchonji, he was first a Baptist parishioner and then in various Korean revelation religions. These new religious movements, the majority of which emerged from Christianity in South Korea, refer to new communications from God, new revelations that go beyond the Bible. Usually these are received by a particularly holy person who, for example, writes them down in a new Bible as God's current instructions, passes them on and raises them as a standard for all believers. These movements include the "Olive Tree Movement" (OTM) of Tae-Sun Park or the "Tent Temple Movement" (TTM) of Jae-Yul Yoo, which significantly influenced Man-Hee Lee's theology during his time as a member. His biblical hermeneutics resembles that of the TTM and the idea that he was the promised pastor of the end times (see below) can be found in the OTM. After Yoo was charged with fraud in the 1980s, the "Tent Temple Movement" split into three main groups. One of them was the "Shinchonji Church of Jesus" by Man-Hee Lee. According to his own statements, he had various revelation and election experiences from 1980-83, which ultimately led to the foundation on March 14, 1984. Due to the cleverly placed media presence and tireless missionary work, the group grew rapidly and now has around 150,000-200,000 members worldwide. The vast majority of them live in South Korea. In Germany, the new religion is currently still quite small with around 400-750 members.

The "theology" of Shinchonji and its special teachings are linked to Man-Hee Lee's person and self-image. He makes exclusive claims to truth and interpretation of the Bible. Only he can say with absolute certainty what and how biblical texts are to be understood. Because these are "sealed" - Jesus spoke exclusively in secrets and parables - and only someone called by God could understand them completely. From a methodological point of view, every biblical text has a twin text ("hidden twin"), which means that it has to be interpreted. However, the Spirit of God only reveals to Man-Hee Lee in the form of an inner revelation (e.g. audition, vision, etc.), which is the appropriate "twin".

The ideas of the end times are particularly striking. Man-Hee Lee is seen as the promised pastor of the end times. As such, he had already defeated the evil forces and thereby achieved immortality (the empirical finding suggests the opposite: age and (physical) transience can be clearly seen in him). This victory is symbolically represented by wearing a white suit and an iron scepter (Revelation 3,5 + 2,26-27). In terms of salvation history, a dispensationalism is represented. The biblical ages can be divided as follows: from Adam to Noah, from Noah to Moses, from Moses to Jesus and from Jesus to the fulfillment of the revelation through Shinchonji (or Man-Hee Lee). This last age was essentially different from the previous one in two respects. On the one hand, the cycle of change inherent in every age of humanity from devout to depraved people will now be broken for the first time and finally overcome. On the other hand, the constant struggle between good and evil, between God and Satan, will end. Only those who followed the eschatological pastor would enter the kingdom of peace. All others become victims of the final battle between God and the devil.

So: Only those who belong to Shinchonji can be freed from the satanic machinations that characterize this world. As a result, any ecumenical contact is rejected and all Christian traditions are branded as satanic or corrupt. Ultimate affiliation is achieved through the "sealing". First the chosen 144,000 priests (12 tribes à 12,000, allegedly reached in 2015) are sealed and all others then belong to the “white crowd”.

Baptism in the Christian sense it is not recognized or carried out and the doctrine of the Trinity is also rejected: Man-Hee Lee teaches that Father, Son and Holy Spirit are three independent beings.

"Service to others" is a central task of every Shinchonji member, report former members. It is usually understood to mean taking on tasks for the group (handicrafts, organizing church services, shopping, etc.) or being active in a missionary manner. The activities of the individual members are documented in detail and evaluated monthly (on site and in South Korea, where passport / identity card data, a curriculum vitae and private data are also collected). The members are compared within the tribe and driven to better performance. There are clear objectives that everyone has to achieve. At the end of the year, a balance is drawn across the tribe: who recruited how many new members, who brought in the most money, etc. And depending on the result, new / more pressure is built up to do “service to others”.

Conversion activities are the primary responsibility of the members. Shinchonji is known for her aggressive, offensive and perceived as ruthless conversion work. The following applies: Everything must be subordinated to the success of conversion. And that is why it is not a problem if passers-by are lied to when they are on the road (guidelines are so-called “bait techniques”) that one is a Protestant student and wants to see whether what has been learned for an exam is generally understandable; when congregations are visited in order to specifically address people who come there alone, to involve them in discussions and to win them over to their community or when Bible courses are offered in which the actual theology only comes to light after a few months. Or even if entire communities or community groups are infiltrated with the aim of taking them over later. This is what happened to a small house group in the Stuttgart area, for example, which followed Shinchonji's teachings after a short time. According to one's own logic, this also makes sense: because whoever does not belong is spoiled, in the clutches of the devil and ultimately lost. But the lost can still be saved. And that is exactly why they must be converted.

Shinchonji members meet twice a week for worship. In addition to classic elements such as praise (own songs) and sermons (Man-Hee Lee is broadcast from Korea via livestream), it also has apologetic elements (“100 reasons why Shinchonji is the only correct church”). New members must recite a chapter from the Book of Revelation by heart in every service. With two services a week, you must have memorized all 22 chapters within 11 weeks. In addition, each time there is a (graded) test of how well the sermon has been listened to. Knowledge from the meetings during the week is often requested there. In addition to the church services, there are at least three more
www.weltanschauung.elk-wue.de 4 Shinchonji days a week a Bible study lasting several hours, in which strictly according to the guidelines from South Korea, knowledge is interpreted and knowledge is acquired. Ultimately, the tight program fills up everyday life in such a way that there is no more space for hobbies, family or other leisure activities. The voluntary Bible study should begin early in the morning (often from 6:00 a.m.) and the meetings often go on late into the night (12:00 p.m. or later). In addition, there is constant contact, exchange and control over the individual “Telegram” groups (similar to WhatsApp) and in the respective teams.

So far, relatively little is known about the group's funding. In addition to the biblical tithing, the members have to pay for the transmission of the divine service plus materials for Bible study, for other offerings (such as the expansion of the congregation room, missionary activities, etc.) as well as for the common life. According to dropouts, all the money that is left over at the end of the month is expected to be invested in the community.

Shinchonji members believe that the realm of peace has already dawned and they are promoting its implementation. That is why there is a special focus on peace work. They regularly organize conferences, marches, etc. on the subject of peace. Often they offer municipalities or churches / groups a partnership, but ultimately only use the structure or the platform to spread their very own “peace” message. In doing so, they work in a very opaque manner, often with a lot of cunning and cunning: as a rule, front organizations and / or names are used for their projects or project inquiries. Often it is not evident that Shinchonji is hidden behind it.

Since Shinchonji declares all other churches to be satanic, they are neither interested in ecumenical dialogue nor can a conversation take place on an equal footing. Establishing contact with representatives of this new religion has so far regularly failed. Recognizing and identifying Shinchonji groups will be a major challenge for parishes. Once a group has been identified, it is advisable, due to the offensive and aggressive conversion tactics, to observe the groups in the vicinity carefully, to refrain from cooperating and to do educational work. Our is happy to help
Place of work, to check suspected cases or during on-site educational and advisory work.

The theological debate is also difficult because there is no common ground on questions of faith. External criticism does not get caught in the hermetic (belief) system of Shinchonji. Because what does not belong to it is satanic and therefore evil. The religion of the new revelation is characterized by a particularly strong and radical dualism. Within such a paradigm there is no room for self-criticism or alternative ways of thinking and living. Dropouts repeatedly report strict guidelines with regard to everyday life and beliefs. Many decisions are made by people at a higher level in the hierarchy. And ultimately this is accompanied by a loss of individuality and freedom, which not infrequently leads to relationships of dependency.

Man-Hee Lee's biblical interpretations serve as an absolute guide to questions of life and faith. In order to justify his own convictions, he only selects "suitable" texts and passages that are arbitrarily strung together, related to one another and interpreted. For example, Bible passages in which the location “East” occurs are reinterpreted as “coming from Korea”: If the Garden of Eden was in the east, then it was in Korea, if the wise men from the east came from the east, they made themselves from Korea off on the way, etc. Texts that contradict the system or are bulky are sorted out as "out of date".

The exclusive group understanding usually leads to a break in relationships with friends and family. If these cannot be converted, they must consequently be viewed as part of the corrupted world. Even if this can be very painful, in the end the established relationships and your own thinking are often sacrificed to dogma. When leaving the group, there is a risk of permanent and penetrating attempts at recruitment and then social isolation. Because often the entire circle of friends consisted of members of the group who now see you as depraved or even infested with demons.

Despite the low number of followers in Germany, Shinchonji is one of the great problematic movements of our time. However, your future is completely open: Will the religion of the New Revelation survive the foreseeable death of its founder and figurehead Man-Hee Lee (86)? Can a succession plan even be found on the basis of the authoritarian self-image, or will Man-Hee Lee's kind of mental exaggeration take place in the end that can maintain the unity of the movement?

source
© Office for those who ask questions about ideology, Evangelical Church of Württemberg
Status: June 2017
https://www.weltanschauung.elk-wue.de/fileadmin/mediapool/einrichtungen/E_weltanschauungsbeauftragte/2017-06-27_Shinchonji.pdf

© 2020, Section Sect and Belief Issues
All rights reserved
Reproduction only with permission
<?