What should Europeans learn from Americans

When it comes to US politics, most Europeans believe the difference between the United States and Europe is similar to that between European football and American football. Like American football, American democracy follows its own rules. The electoral system that allows the candidate to easily become president with fewer votes probably makes a lot of sense to Americans but not to everyone else. But despite all the differences, some lessons from the US presidential election are very relevant to Europe.

In the play "Jumpers", which premiered in 1972, the British playwright Tom Stoppard wrote mischievously: "It's not voting that is democracy, it's counting." This year's presidential election in the USA proves him right.

At its core, democracy is a system in which the loser legitimizes the election result by accepting his defeat. US President Donald Trump's attacks on the objectivity of elections not only damage the US reputation, they are also likely a forerunner of what awaits us in the future: an increase in contested elections - not just in the United States, but elsewhere as well.

Democracy does not protect against division

In politically divided states, the supporters of one party see the greatest danger to democracy not in breaking established rules, but in the victory of the opposing party. And many are more willing to destroy the system themselves in order to prevent the other side from coming to power. In such an environment, impartial institutions such as courts, central banks or the free media run the risk of being politically instrumentalized.

The US election also showed that the shock and losses from the Corona crisis have the potential to deepen existing rifts rather than lead to more national unity and collective goals - even in those most severely affected by the pandemic affected societies. An analysis by the Associated Press (AP) news agency found that in the 376 counties with the highest number of new infections per capita, an overwhelming 93 percent majority voted Trump. 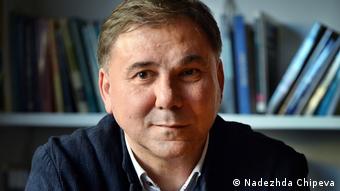 Europeans should take what is happening in the US as a warning: if lockdowns are extended and the economy shuts down, our societies may begin to resemble the explosive mess we are witnessing in the United States.

While democracy is often praised for its ingenious ability to bridge rifts in modern societies, the experience of the past four years in the US has shown that democratic politics can also cement and exacerbate divisions. The election revealed that Democrats and Republicans are not just two parties - they have become two different countries at war with each other. And this political war will not end in Trump's defeat.

Population structure as a key factor

Europeans can also learn from the US experience that the composition of the population often plays a decisive role in politics. Numbers are important. When the numbers change, power shifts from one hand to the other.

The democratic narrative has long emphasized that election victory depends on voters changing their minds. But power relations can also be turned upside down when the electorate changes. This happens when a new generation with strong collective preferences comes of age, as was the case in Western democracies in the 1960s and 1970s. It can also happen when a large group of new voters reshapes political discourse. This happened in many countries after universal suffrage was introduced or large groups of migrants immigrated. Joe Biden's impressive performance can be explained more with demographic changes in states like Arizona and Georgia than with a change of heart among voters.

It is not surprising, then, that many nationalist parties perceive the growing choice of migrants in their countries as not only an economic or cultural, but also a political threat. The ethnic majorities, who fear becoming minorities in their own country, remain the main supporters of nationalist populists in both the US and Europe.

European parliamentarism is institutionally better equipped to withstand extreme political polarization. But the example of Poland shows us that it is not necessarily a convincing defense against it. European democracies will become infected with this American kind of polarization if we don't find a way to bridge the growing gap between urban and rural areas, between those with and without higher education, between the political preferences of young and old.

The world before Trump no longer exists

The US experience could also suggest that a new, progressive generation, with the majority voting for Joe Biden, may be ready to rid society of the scourge of populism. But when it comes to the political promise of a young generation, Europeans should be careful not to take over the American dream.

In Europe, the population of the under-30s is much smaller than in the US. A recent study by the Center for the Future of Democracy at Cambridge University showed that younger generations around the world have become increasingly dissatisfied with democracy - not just in absolute terms, but also in relation to the views older generations have had a comparable point in time in their life. And just because someone voted for Joe Biden doesn't mean that person is automatically immune to the charms of a populist majority principle - especially if it comes from the political left.

It will be a long time before it is officially determined that Joe Biden is the next US president, and we probably won't know who will control the Senate until mid-January. But even if the most optimistic scenario turns out to be true, it would be wrong for Europeans to rely on the US in the future in the same way they did for many decades. Just because a Democrat is back in the White House doesn't mean the world is back to what it was before Trump.

Europeans had every reason to fear that the destruction of the European Union could be on the agenda of a second Trump term in office. Now that this danger seems over, it would be wrong to wait for Biden to tell us what he expects from Europe. It is time for Europe to go to Washington and present a vision for the future of the transatlantic partnership - a vision based on the changed realities on both sides of the Atlantic.

Ivan Krastev is chairman of the Center for Liberal Strategies, a non-governmental organization based in Sofia, Bulgaria, and a permanent fellow at the Institute for Human Science (IWM) in Vienna.